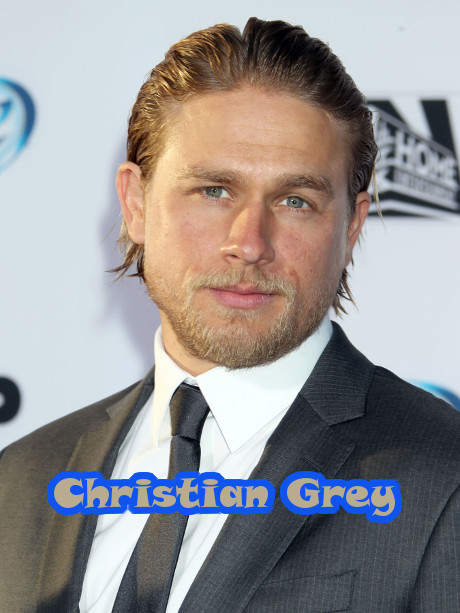 There’s been a great deal of backlash lately regarding the chosen roles for the upcoming Fifty Shades of Grey film adaption, but I suppose people are going to have to accept it eventually, because there isn’t any changing the fact that Charlie Hunnam and Dakota Johnson are your official Christian Grey and Anastasia Steele. But Charlie, in a recent interview at the Sons of Anarchy premiere, might put some fans’ apprehension at rest because he says the chemistry between them is off the charts.

“As soon as we got in the room and started reading with Dakota, I knew that I definitely wanted to do it, because there was a tangible chemistry between us. It felt kind of exciting and fun and weird and compelling, and so that was it.”

He said: “It’s very hard to be with an actor … she’s required to share parts of me she wouldn’t really want to share. With the nature of this role, that’s going to be times 10.  My first job was on a miniseries called Queer as Folk.  It was incredibly explicit sexual scenes with a man.  If could do it when I was 18 with a guy, I can certainly do it at 33 with a lady.”

Will you be watching Fifty Shades of Grey when it comes out?