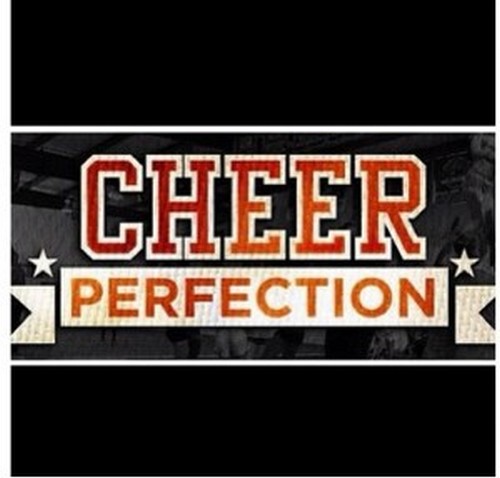 Tonight on TLC CHEER PERFECTION continues with a new episode called, “Do What You Gotta Do To Win.”  On tonight’s show the moms agree to a weight loss contest.  Did you watch last week’s episode?  We did and we recapped it right here for you.

On last week’s show now that Youth Silver had a bid to US Finals, Head coach Alisha pushed them to compete in more difficult events. Alisha was upset when she heard negative feedback about her daughter.

On tonight’s show after barely escaping with a win at their last competition, Alisha adds a difficult stunt to Youth Silver’s routine. A cheer magazine puts on a clinic at CTR and scouts YS girls to feature in an article. Meanwhile, the moms agree to a weight loss contest.

We will be live blogging the season 2 episode 2 of Cheer Perfection . . . so make sure to come back to this spot and watch the show with us. Make sure to refresh often so you get the most current info! While you wait for the episode let us know how excited you are for the new season of Cheer Perfection.

Alisha has some good news. The Cheer Leader magazine will come for a visit and they’ll host a stunt clinic. Space however is limited and only some of the girls will be chosen to be in the magazine. It’s all best foot forward.

Louis, another cheerleading coach needed a substitute for his practice and Alisha volunteers. But there’s one problem. Yes she was a great cheerleader but the last time she was out on the mat was 11 years ago. A lot of time has passed since then and she has to relearn her flexibility.

Now not only does she have to focus on her girls but herself as well. She’s amped up her girls’ stunts. She wants the clinic to be fabulous. The only way that can happen is to increase the overall difficulty of her routines.

Shannon, Brooke’s mom, has a lunch meeting with Ann, Torrann’s mom, to discuss Andrea. Shannon never liked it when Alisha gave her rival so much control in the group meetings. She wants to oust her but Ann happens to be friends with the both of them. That and she knows Shannon is up to usual dirty tricks.

Alisha to get her girls in tip top shape suddenly makes her start talking about a diet. Well if the girls are getting healthy then so should the moms. The moms are asked to join in with the diet. Although for the adults it will be a competition. There will be a prize at the end of the contest.

Andrea came up with a strategy. She would hold everything in her pipes. Hopefully that will make bigger than what she originally is. Michelle another mom recently has gastric bypass but even she got weighed. Shannon brought an old picture of herself with her for the weigh-in. Some are surprised she was ever that skinny. Ann, her supposed friend makes fun of her weight before she got the scale. This competition is getting ugly. Mandy may have thought it was a nice idea but until it plays fully out then she’ll never know how wrong she was.

Ann admits to Andrea that she only has a fake friendship with Shannon. Then she goes on to say what Shannon has been saying behind Andrea’s back. Still don’t doubt Shannon. She eventually went to Andrea herself and tried to say Ann was the one talking smack. Just one problem with that scenario. Andrea knows Ann isn’t that smart.

As their daughters struggle with a change of routines, their parents struggle with their new diets. Andrea believes an artichoke is a mammal. To her it has teeth and fur. This diet won’t work out. No one wants to eat a vegetable.

Alisha is practicing for her own routine with the help of a hot young man named Ryan. RD is a little jealous and Alisha isn’t helping matters by saying she should have worn her booty shorts. Yet RD knows Alisha needs Ryan more than him right now.
There’s more new for the young cheerleaders. Some college recruiters are coming to view the stunt clinic. All of the girls have to be on their best behavior. A college scholarship depends on it.

The day of the stunt clinic arrives. The adults show the kids some moves they’ve never even seen before and they also help the girls to improve their own stunts. While they’re improving their stunts the recruiter is walking around and occasionally helping. His name is Tony. He speaks with Kylie, Cassadee, Abby, and whole bunch of other girls except for Torrann and Olivia. Mandy is so upset her daughter was chosen.

Kylie, Cassadee, and Olivia though got picked to be in the magazine. Mandy is just glad someone reaffirmed her Olivia.

The ladies have another weigh in for week two. Andrea lost the most by shedding 10 pounds. She claims it’s only fruit but Chris is calling for a drug test. No one believes she lost that weight from a diet alone. If she continues in the lead how will the rest of the women react? They are catty already.