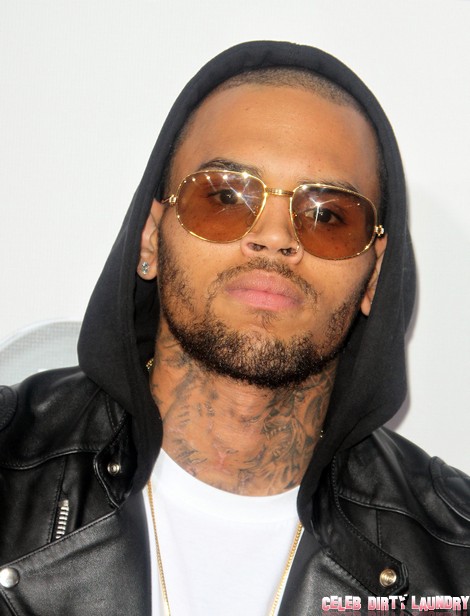 An ambulance was dispatched to a nearby studio for Chris Brown and while the first reaction would be who did he beat up this time, the actual case implies that Chris was the one in need of medical intervention.

He apparently suffered a seizure. Chris has a history of suffering seizures back when he was little and there hasn’t been any recent sightings of that same condition returning until today. However Chris refused treatment after the EMTs arrived on the scene. He didn’t want to be taken to the hospital much less have the paramedics check him over in the studio. Which I’m sorry to say but whatever sympathy I felt is slowly starting to fade away.  I don’t sympathize with fools.

What else can Chris be but a fool. His condition suddenly returns and he doesn’t want to get checked out? Yeah, right. It’s more likely he doesn’t want to have to do any blood tests. He’s already played fast and loose with his probation, a toxicology screen would be done and could wind up in the hands of  a judge or DA.

That’s really the only two options. Either he’s clean and dumb or he’s has drugs in his system. The drugs would explain why he had a seizure to begin with. If he took something a little too hardcore that sucker can trigger a pre-existing  condition. So wow Chris, way to go. You’ll risk dying in order to escape prison. Somewhere the judge should have put you in a long time ago.

That’s it I’m done with this guy. Why should I watch this train wreck when I know how the story ends. To everybody whose a fan or friend; you have my sympathy.