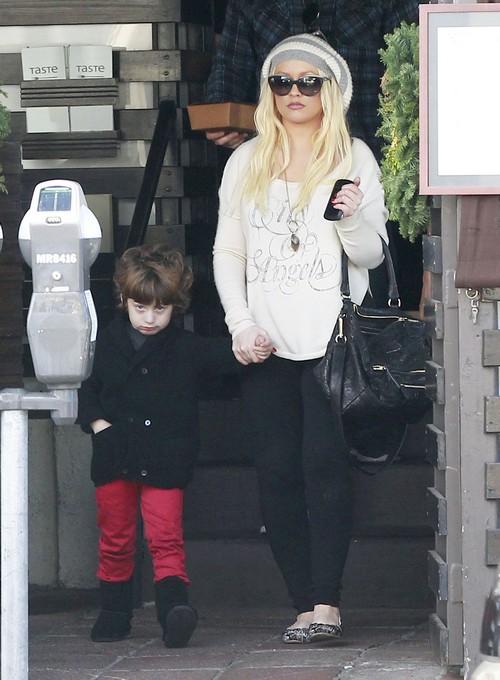 Christina Aguilera is one of the best vocalists in the pop music industry, but her record breaking success has been tainted by her tumultuous personal life. Her two and a half year relationship with Matthew Rutler appears to be solid and happy, but Star magazine claims that this is only smoke and mirrors. A source reveals, “Their relationship is convenient. It was always casual, very on and off, and not something Christina saw a future in.” The magazine further alleges that Aguilera is “ready for a new man” and that she’s “already on the prowl for a replacement.”

Aguilera’s temporary departure from The Voice signaled a massive change in her career. Not only did she regain the humungous success she once had, but she also built a completely new fan base from scratch. Aguilera has also been steadfast in her romantic affairs, but there’s still an opportunity for artistic ambition to give her relationship with Rutler a death blow.

This is, however, highly unlikely.

The source continues, “Christina plans on being ‘officially’ single by the time she begins promoting her new album and tour. She’s wasting no time setting her sights on a number of eligible bachelors. [She] wants an A-list boyfriend to complement her newfound confidence. All that’s missing is a hot, headline-stealing man on her arm. She’s already compiled a wish list that includes Colin Farrell and Jared Leto.”

Aguilera’s pop ballads speak of heartache and forlorn memories, so we doubt she’d put this spell on Rutler, especially since they’ve been dating for as long as Taylor Swift’s career.

It’s up to you to decide whether there’s any veracity to this story. What do you think? Do you think Aguilera is about to kick Rutler to the curb and headhunt a hot one? Let us know your thoughts in the comments below.