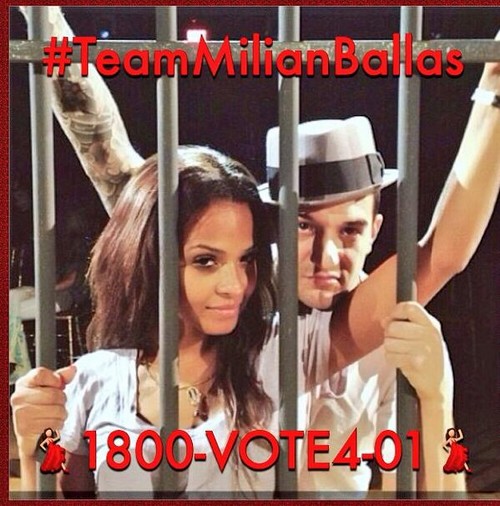 Christina Milian danced a Foxtrot, on tonight’s episode 4 of Dancing with the Stars. You can check out Christina’s DWTS bio [CLICK HERE] If you missed tonight’s show you can read a full and detailed recap, right here.

Tonight each couple took on a dance style that they had not previously performed including the Quickstep, Foxtrot, Salsa, Cha Cha, Rumba, Paso Doble, Tango and Jive. By the end of the night, one couple will face elimination.

On last week’s show Christina was given a 26/30 for her Charleston routine. Carrie Ann said this about her dance, “You have a dynamic range of emotion when you dance, it was a full body performance.”   If you missed any of last week’s performances, you can check out all the videos, right HERE.

Christina Milian and professional dancer Mark Ballas dancing a Foxtrot.  Christina had this to say about her dance tonight, “Tonight! One very sassy foxtrot @MarkBallas & I will be performing 8pm on #dwts tune in & vote #teammilianballas“

Judges comments:  Bruno “It wasn’t traditional but it was fantastic, you need more control”. Carrie Ann “I loved the way you transitioned but you need to work on your shoulders, but you performed the heck out of this”. Julianne “This week I was hoping for a softer side, I would love to see that. There were moments that were dancing side by side than together”.