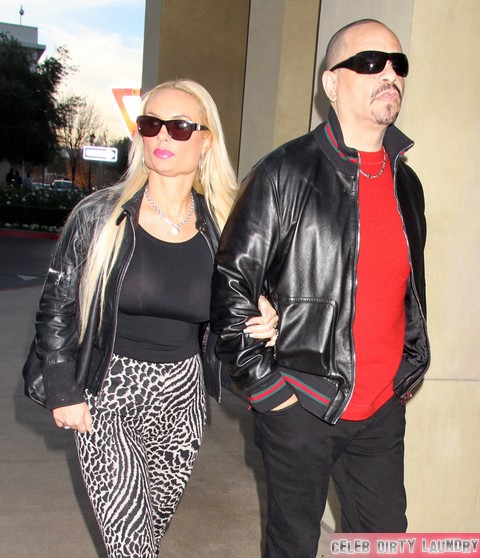 It was just a month or so ago that the internet was lit up with rumors that the 12 year marriage of Ice-T and Coco Austin was on the rocks. She had left their comfy life in New Jersey and headed off to Vegas to replace Holly Madison in Peepshow at the Las Vegas Planet Hollywood Resort & Casino. It was the opportunity of a lifetime and Ice encouraged her to take it. He did not encourage her to take raunchy photos with rapper AP.9 though, and just one glimpse of what his wife was doing in Vegas sent Ice through the roof. He vented on Twitter about hating being disrespected and Coco later publicly apologized.

The couple was recently spotted together partying at Las Vegas’ LAX and clearly any problems that they were having were quickly resolved. Coco is about halfway through her Peepshow run and she told In Touch that the next plan is a joint one, they’re ready to become parents. Not only that but Coco is very vocal in hoping for a little girl saying, “We already have the name — Chanel. I want her to be a lawyer!  I want a little doll of my own!” coos Coco. “I could teach her to walk in heels and do her hair”

Coco does have quite a bit of experience with kids. She’s pretty close to her sister who has four and Coco is known to be quite the doting aunt so she has at least a slight idea of what she’s getting herself into by having a baby.

Do you think Coco and Ice will make good parents together? They seem to tackle everything as a team so I’m guessing parenthood would be the same for them. Tell us your thoughts in the comments below!