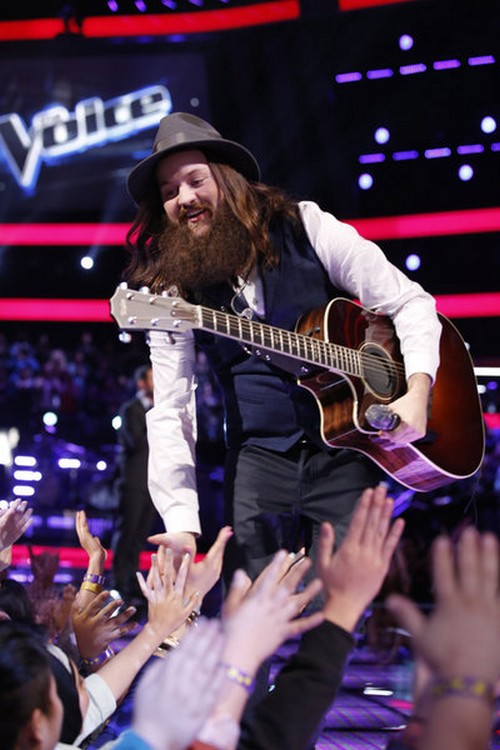 Cole Vosbury  took the stage tonight on THE VOICE for his Top 8 video performance.  Cole Vosbury sang “I Still Believe in You” by Vince Gill.  Tonight’s show the remaining artists from each coach, Christina Aguilera, Adam Levine, CeeLo Green and Blake Shelton team performed live for America’s vote and the chance to move on to the Top 6.

Judges Comments: “Blake says that Cole’s heart is just laying there on stage when he performs; the emotions from Cole really showed his character so well and that there is no one out there who can sing like him. Christina says she loves how invested he is with his emotions in the song; she really does love it a lot. She felt like it gave them a quiet moment to reflect; it was a very special moment.”

On last week’s show Cole sang “To Be With You” and the judges loved his performance.  The judges said this about his performance,  “Blake is so happy and can’t see how somebody would not like Cole; he really feels like the girls are on board for the Cole train. He loved how it was so acoustic and personal; he really nailed it. Adam says that Cole could have done the song in any way and hasn’t heard that song in so long; Adam has his heart broken knowing Cole isn’t on his team. CeeLo says he’s so proud of how far he’s come and supports him so much; he loves how open Cole is and how comfortable he is singing.”