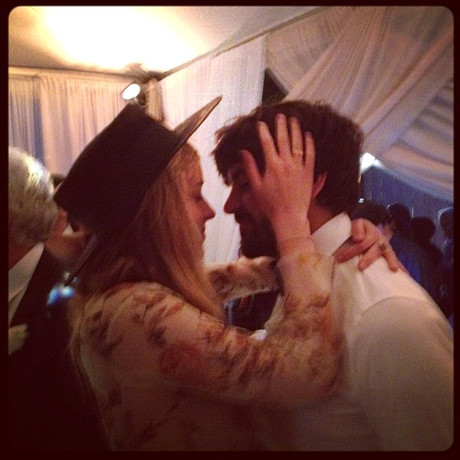 Dakota Johnson might have scored the role of Anastasia Steele in the upcoming film adaption of Fifty Shades of Grey, but does that mean she and her boyfriend, Jordan Masterson, lead a life as scandalous, as exciting, as mysterious as Christian and Ana? Of course not! From what we’ve seen, they enjoy being all sweet and cute while curling up together for good old fashioned crossword puzzles. Just look at those intellects (pic below).

If you’re looking for something a bit saucier though, Jordan also posted a romantic picture of he and Dakota embracing and kissing at what looks to be a party.

It seems as if Jordan and Dakota have a fairly laid back relationship and he hasn’t really come out with any comments regarding Dakota’s highly sexual new role alongside Charlie Hunnam (who’ll be playing the infamous Christian Grey). Charlie Hunnam also has a partner, so both of the players are currently hitched, but being otherwise coupled has never stopped a showmance from blossoming. What do you think? Will these two actors stay faithful to their boos? Or will they let their kinky characters get the best of them?

Jordan was raised a Scientologist, so there’s that. And he hasn’t spoken to or seen his father in nine years after his father’s excommunication from the Church of Scientology. So . . . there’s also that. #ScientologyDramz.

For all your Fifty Shades of Grey news CLICK HERE. 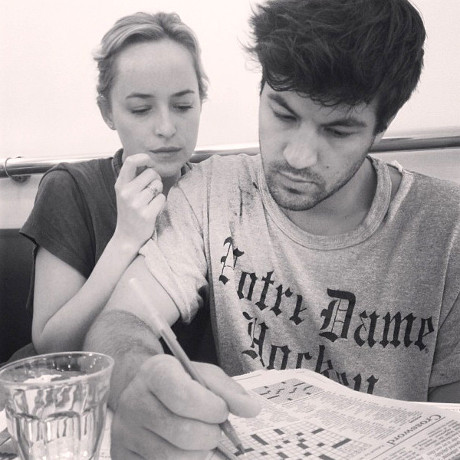