The Bachelorette Spoilers – Desiree Hartsock Double Date With Zack And Drew & Gets Close With Brooks In Episode 7, Season 9 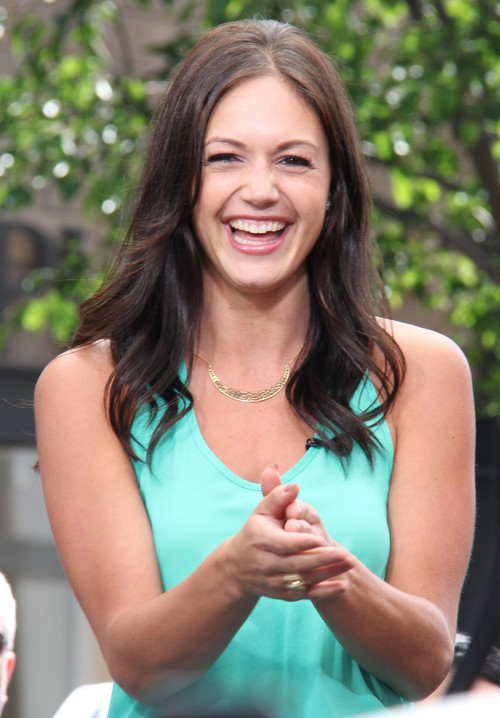 It’s just been a few days since US Weekly reported that the Bachelorette’s Desiree Hartsock felt ‘betrayed’ by the show and its contestants. Several of her potential suitors have already revealed themselves to be fame hungry frauds (check out our recap here!), which I still think she should have expected. However, Desiree can’t exactly quit now, considering that she’s under contract. So onwards and forward, we go.

In the next episode, which is episode 7, season 9, Desiree will meet some of her friends from last season to receive some advice, and then she will have to start narrowing down her choices between the five men left standing.

She will apparently go on a ‘one-on-one date’ with Brooks, where they will have a ‘serious’ conversation that enables to think about their future together. It’s all fun and games with Chris, who she takes to a deserted island for a day off – but he’s very hesitant to reveal his true feelings to her. Michael will get his first official date with Desiree, where they spend the entire time exploring Funchal. Of course, the kicker is the ‘two-on-two’ date that Desiree has with Zack and Drew. The one who gets the rose during that date is the one who gets the big hometown date, so that will probably descend into a dick fight between the two.

Of course, Desiree will have to decide which one of these men to cut out of her life for good by the end of the episode, and apparently it’s someone who reveals that he’s ready to commit his future to her [aren’t they all?]. Then, with only four men left remaining, Desiree will spend the the next few episodes getting introduced to the families of the remaining contestants.

Who do you guys think will get eliminated: Zak, Chris, Brooks, Drew, or Michael? Let us know in the comments.  Of course if you want to know the ultimate winner check out our spoiler!