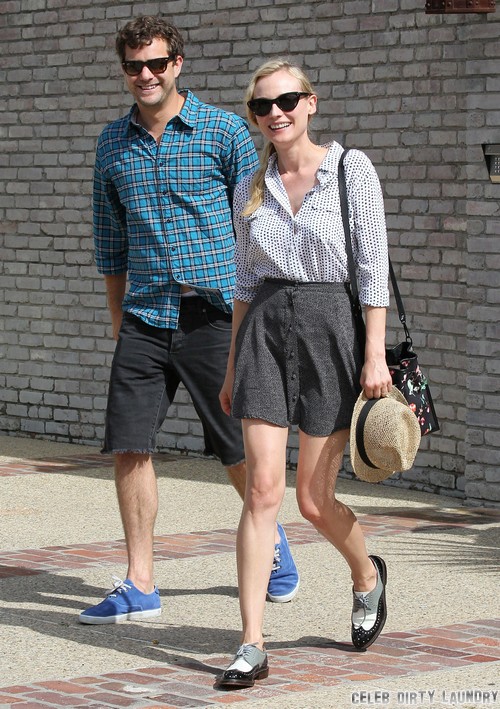 Although Joshua Jackson and Diane Kruger had previously said that they don’t need marriage to validate their relationship, they seem to have had a change of heart. According to a report from Life & Style Magazine, Josh was spotted shopping for engagement rings at the Neil Lane store in Beverly Hills. A source explains, “He was looking at an $80,000 3.5-carat emerald-cut platinum engagement ring. He thinks it’s perfect.”

Diane and Josh have been dating since 2006, and they’re just one couple in Hollywood that has gone back on their word to ‘never get married’. However, they both seem incredibly happy together, and they have always refused to ‘famewhore’ their relationship, preferring to stay low-key and undercover.

Both of their careers right now are also pretty red-hot, with Josh coming off a long-term stint with Fringe and Diane landing film role after film role. It’s probably best to get married at this point, especially before both of them start to get busy again.

What do you guys think about Diane Kruger and Joshua Jackson together? Their story is the quintessential Hollywood love story, and it could almost be made into a romantic comedy. Girl meets boy for the first time, girl doesn’t like boy, but boy wins over girl eventually. It’s a sweet story, and it’s even more amazing how they always managed to stay off magazine covers and not cave into the pressure of giving ‘exclusive’ interviews about their relationship or famewhore themselves out at all. Sure, neither of them are really ‘A-list’ actors, but they’re certainly famous enough to draw public attention. Either way, I’m sure we’ll start hearing more about them as their wedding approaches. If there’s two things the public loves about celebrities, it’s weddings and babies.