BY Siyana Riley on May 11, 2013 | Comments: one comment
Related : Fifty Shades Of Grey, Hot News, Movies 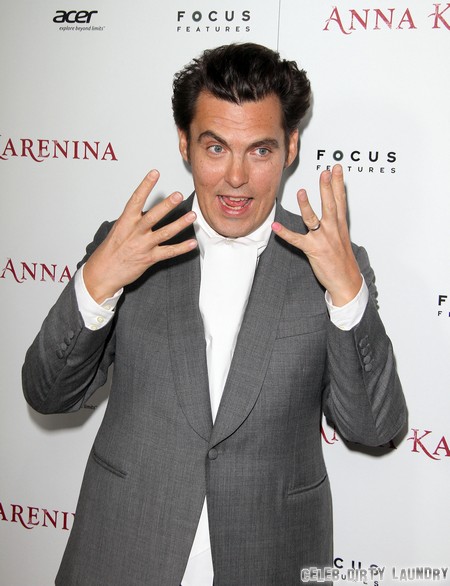 When the initial plans to make the Fifty Shades of Grey movie were announced, the collective response from the larger public seemed to be one of derision and hilarity. After all, Fifty Shades of Grey started out as Twilight fanfiction, and critics haven’t exactly been kind to it. However, the series did inspire the same kind of mania in its audience that Twilight inspired in its. So when the rights for the film went for 6 figures in a bidding war, with the author [E.L. James] retaining an unheard of level of creative control, it wasn’t really that surprising. But what was shocking was the realization that Hollywood was actually trying to make this into a good movie.

The caliber of the producers itself came as a shock – not only was Universal really investing time and energy into these movies, but the producers were the same producers that made the Social Network, Moneyball, etc.

More and more, their intent to turn Fifty Shades of Shitfest into a ‘good’ film has been clear. They spent months refining the script, and they have always been clear about wanting to find a director with ‘arthouse’ sensibilities. Now, it seems that they’ve found their man in Joe Wright.

Wright, of course, is known for Anna Karenina, Hanna, and Atonement. While Anna Karenina was a definite miss, Atonement was a testament to Wright’s ability to translate a book to film, and Hanna was a testament to his ability to turn a lurid story into one with depth.  There’s also the fact that he has the experience and skill to make Fifty Shades into something resembling a compelling film, and not an NC-17 mommy porn like the book. There are elements of the book that are actually interesting, if you isolate it from the rest of the crap and take away the shitty writing. With the right script and the right eye towards the details, Wright could actually make a film that appeals to both book fans and the larger public.

Of course, there’s still no deal in place and nothing’s been confirmed, so Universal still could end up going with someone like Michael Bay. I would actually pay to see a Michael Bay-directed Fifty Shades of Grey – that movie would end up in the hall of fame for quite possibly being the worst movie ever made in the history of cinema.