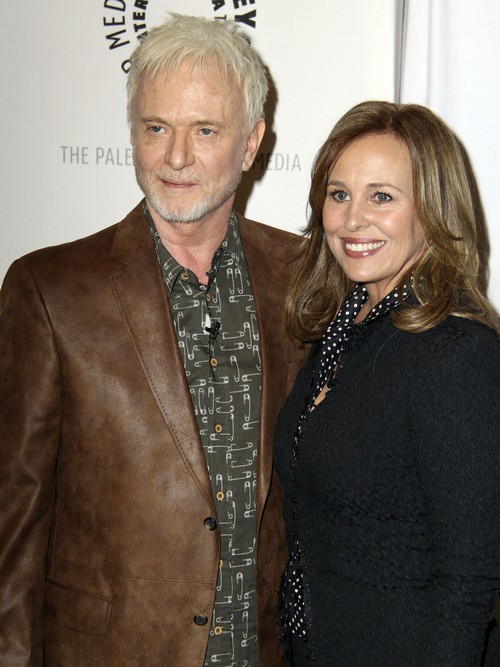 A lot of fans have been complaining about the notable absence of Genie Francis and Sean Kanan from the latest episodes of General Hospital, but a new report confirms that the absences are due to Genie and Sean being fired !

According to the report, re-writes have already taken place to accommodate all the cast changes, even though Kanan’s exit has been rumored since the summer.

Earlier this year, two major cast members were the first to leave in what now seems to be a major exodus – Julie Marie Berman and Kelly Sullivan. The report also stated that in addition to those two and Francis and Kanan, there will also be several more departures from the show within the regular cast group.

Why all the turmoil? Well, the only explanation is that the showrunners think that the only way to keep the audience’s interest at this rate is to keep changing the cast. We’ve seen how little that’s worked in the past, but hey, maybe they think it’s time for the show to gain some fresh blood.

And while there’s nothing wrong with that, it’s generally not condoned to fire so many actors within such a short space of time. Of course, with General Hospital and other daytime soaps, it’s more common to see it happen than on primetime network television and popular cable shows. With soaps like General Hospital, the audience is used to seeing the cast change at dizzying rates, and honestly, there’s no alternative. Some of these shows have been going on twenty years – they HAVE to keep changing the cast. The showrunners might have just thought that the current group of actors were going stale for the audience; it’s an awful way to think of it, but showbusiness is showbusiness for a reason.