David Duchovny and Gillian Anderson Share a Bed and a Room On Hawaiian Vacation! 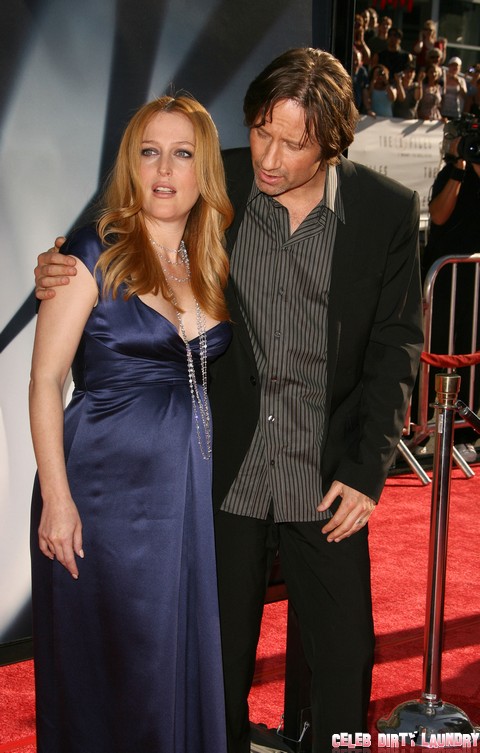 Oh boy, this is a sighting that is an X File fans’ dream come true. We have told you for months now that Gillian Anderson and David Duchovny are sharing an apartment in NYC and that their relationship is very definitely hot and heavy. Like every other romantic couple there is always a point in time when a vacation is in order and Gillian and David opted for Hawaii. It wasn’t just an escape for the loved up duo but it was a blended family jaunt with all of their kids along for the ride. David and Gillian had a room to themselves – yes they shared one room and one bed while the kids had separate rooms – leaving the lovebirds with plenty of private sex time!

X Files fans have long wanted to see these two actually pair up in real life and it has finally happened. They were all touchy feely at Comic Con recently and before that Gillian had admitted to living with David in an interview. Some fans dismissed it as her being sarcastic and pretending to give the fans what they wanted to hear, but let’s look at this realistically, shall we?

Neither David or Gillian is linked to anyone else right now, they live and vacation together and were affectionate in public. They wouldn’t be physical with each other in front of fans if they didn’t want people to talk. The truth is really right in front of your face if you are a fan, you just have to be willing to believe it!

Do you believe that after 20 years of friendship Gillian and David have finally found total love with each other? Tell us your thoughts in the comments below!

38 responses to “David Duchovny and Gillian Anderson Share a Bed and a Room On Hawaiian Vacation!”