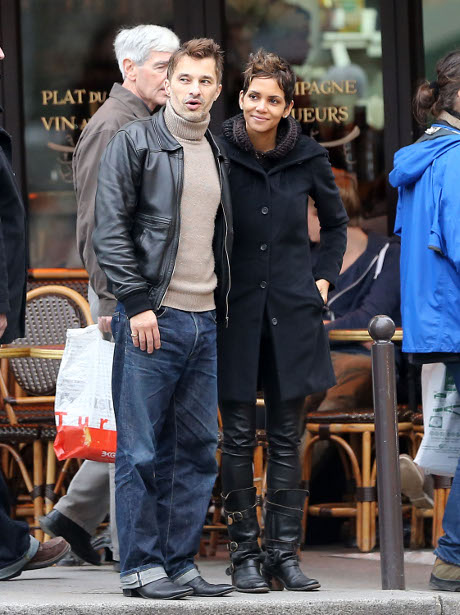 Modern schools seem to be getting more and more dangerous, so we’re totally on board with the elite moms of Buckley School in Los Angeles kicking Halle Berry out after learning about fiancé Olivier Martinez’s nasty violent fight with baby daddy Gabriel Aubry. Halle has been touring schools across Los Angeles, searching for the perfect kindergarten program for her 4-year-old daughter Nahla. She loved the Buckley School, but it didn’t love her!

A mom insider reported to Star Magazine, print edition January 14, 2013, “She is full of drama and always has trouble with her men. The moms are concerned.” And so they should be! We reported that Olivier and Gabriel got into a brutal fight after threats were exchanged on school grounds while attending Nahla’s play! If school is going to be the middle ground between Nahla’s two homes, there will be a lot of opportunity for new threats, new fights, and new drama! No mom wants to put her kids in that situation!

So instead of bending over backwards for the celeb mom, the moms of Buckley School have just booted her off the acceptance list entirely! “We pay a lot of money for this school, and the last thing we want is trouble,” explained one mom insider. The school doesn’t need another celeb endorsement, and certainly doesn’t need short-tempered, violent Frenchmen on the premise! Best to lock the gate and send Halle off with Olivier to Paris. That’s where her heart is, after all!

At $30,000 a kid annually, the other parents shouldn’t have to put up with the drama Halle brings everywhere she goes! Can you imagine back to school night? A few threats mumbled in French, and then all those dioramas, squashed! Is it unfair to deny Halle Berry on the grounds of the violent men surrounding her and Nahla, or do the moms have justifiable grounds? The Olivier Martinez and Gabriel Aubry fight was a nasty brawl indeed, so perhaps the mothers of Buckley School have a reason to want that drama out of their school.