Harry Styles Parties With Stripper – Is He Spiraling Out Of Control? 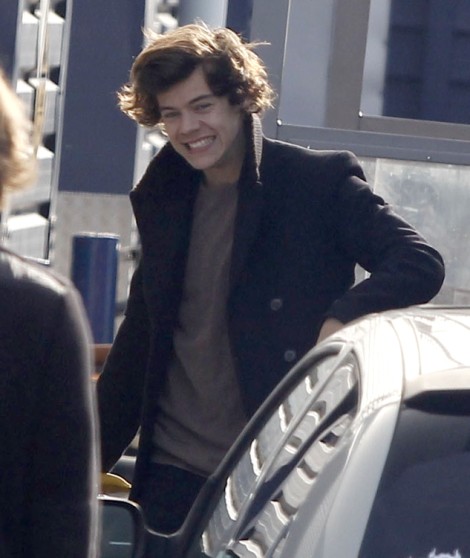 Harry Styles seems to be following the Justin Bieber Guide to Breaking Up With Famous Women handbook. Rule No. 1: screw as many chicks as possible. It doesn’t matter if they’re pretty or not. Just do it. It may not even make you feel better. Odds are it will probably make you feel worse in the morning but at least everyone will know you didn’t go to sleep alone and that’s way more important.

But Harry’s getting off much easier with his antics. He’s not selling purity, innocence and God like Justin is. Harry’s drunken nights are tabloid fodder but not cautionary tales. The kid likes strippers. At his age, who didn’t? He probably doesn’t like the fact that they’re lapdancing and talking but even pop stars can’t have it all. The newest working girl to come out of the woodwork is Chelsea Ferguson. Apparently she and Harry spent a boozy night together after Harry told her how much he appreciated her boobs (and somewhere Taylor Swift is screaming at her boob job doctor on the phone). Harry Styles’ stripper goes on to divulge that they bonded over common tattoos and vodka and Harry had to be carried out at the end of the night.

I’ve got no problem with strippers/lapdancers. Harry Styles needed a service and they provided it. I’m sure they were well compensated. But it sure seems like Taylor Swift ripper this kid up, right? He’s basically turning into the Charlie Sheen of the pop star world. Is he doing anything that thousands of other college aged dudes aren’t? No but he’s got a lot more responsibility and money on the line. I wonder if the band will get his ass in check anytime soon. Their money is on the line as well too so it will probably happen sooner or later. But don’t worry, the stripper stories won’t end. There might be less of them but I have a feeling you can’t keep Harry away from a good lapdance for long!