Harry Styles Rips On Taylor Swift, Calls Her A Pain In The A**! (Video) 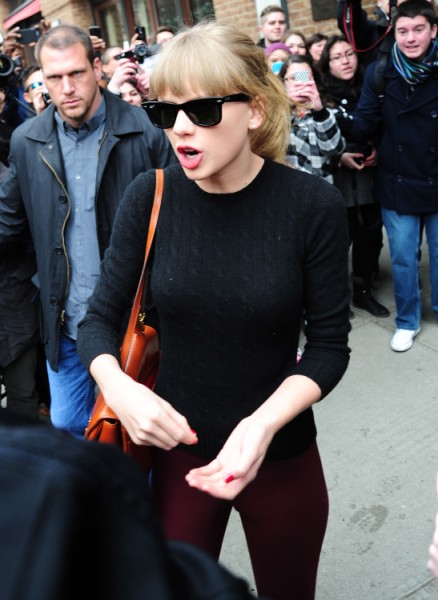 Well… she is a pain in the ass, right? Two claps to him for stating the obvious. But was it a d-ck move? It’s not like she hasn’t had her “revenge” moments.

In the upcoming One Direction documentary, This Is Us, Harry Styles reportedly has some choice words for his famous ex-girlfriend, Taylor Swift. Actually, he kinda slaps all of his ex-girlfriends in the face.

“I haven’t met a girl yet who I’d want to even think of getting serious with. I think I’ve been unlucky in love so far. But then, I haven’t really met anyone who’s made the earth move for me. I’m longing to meet someone who really inspires me and makes me really want to spend time with them,” he said in the doc, according to The Daily Star Sunday.

That’s shitty. He’s basically saying all of those chicks were craptastic – including Taylor – who he added was “a pain in the ass.” Awesome. I’m not debating whether it was true or not (I think we all know it was). I’m debating whether he should have said it in the documentary. I wonder if he even did because it’s also being rumored that Harry demanded all his time with Taylor be pulled from the movie footage so why would he acknowledge her by name? Perhaps he doesn’t want everyone to see how infatuated he really was but he still wants to talk shit. Ya, I’d do that too if I was 19 or whatever he is. Classic move. And she probably deserves it after coyly suggesting Trouble was written about him. Taylor got her comeuppance (I love that word and no one ever uses it anymore)!

You know what the most interesting thing about this who documentary is though? One Direction’s This Is Us was directed by Morgan Spurlock – the dude who made Supersize Me. I LOVE that documentary. I watch it every time it’s on. What the hell is Morgan Spurlock doing hanging with boy banders? Maybe he needed the money. I’m actually anxious to watch now. This will probably be huge and Taylor will have to retaliate. Good fun.

What do you think of Harry Styles’ Taylor Swift pain in the ass comment? Was it unnecessary or did she finally get a taste of her own medicine?