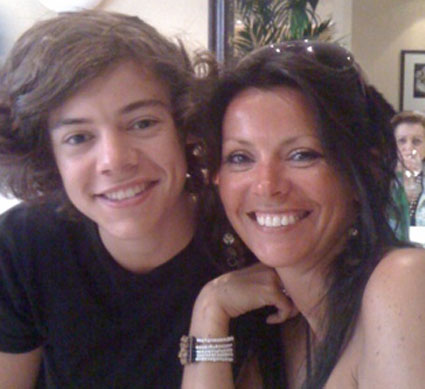 It looks like at heart, Harry Styles is a momma’s boy. He freely admits that his mother, Anne Cox, is the only one that truly gets all of the nitty gritty details about his love life, including his recently incinerated relationship with Taylor Swift. According to the One Direction star he’s not very trusting when it comes to handing out details of his life, but with mom it’s different. “I tell her everything and she knows the truth.” says the young star when talking about those personal chats with Anne.

According to Harry no topics are off limits whatsoever, so that means the details of the teens sexcapades with Taylor Swift have at least in some detail been told to Anne. I’m going to bet that Anne had the same reaction to Taylor that every other woman affiliated with her current boyfriend-of-the-moment does- run! Seriously, think back a few months when Taylor was pretending to be the next Kennedy wife and all of the women in the family hated her! There’s a reason and I’m sure Anne echoes the sentiment, regardless of how the hook ups may have been.

Clingy, desperate Taylor tried to arrange a meeting with Harry in London this week and he made every excuse in the book to avoid it. She wants to talk him into giving it another shot but he is too freaked out by how fast she wanted to move to even consider it. The 18-year old dodged a bullet and he knows it! You know what that means right? Those songs that Taylor recently headed into the studio with will most definitely see the light of day on her next album. Harry may tell him mom everything, but as we’ve already learned, Taylor tells the whole world!

It’s cool to see that Harry is that close to one of his parents, don’t you think? Tell us in the comments below! 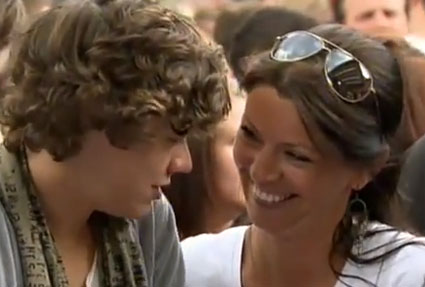