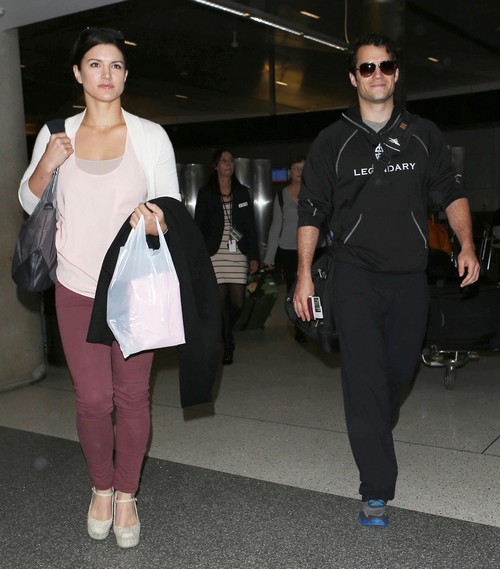 Henry Cavill had a fantastic 2013, at least in regards to his career. He launched a billion dollar franchise with Man of Steel, and his career has been on fire ever since. Well, on fire might be stretching it, but he’s certainly not hurting for jobs. But what about his personal life? He was with Gina Carano at the beginning of this year, and as far we know, up until the Man of Steel promotion.

Then, some weird hocus pocus happened and he ended up with Kaley Cuoco, seemingly right after he broke up with Gina. Their relationship was a ridiculously transparent PR ploy, so much so that practically every news outlet started calling them out on it. They would have public announcements about the status of their relationship in People, and staged photo-ops in parks and grocery stores. And for what, exactly? I don’t know whose advice Henry was taking, but it sure as heck wasn’t good advice. All this whole mess did was make him the laughingstock of the media, especially with that farce of a relationship.

But you know, he recovered. He realized that he screwed up and went away for a long while, concentrating on his work and… getting back together with Gina? According to reports, Henry was spotted in Salt Lake City the other day shopping at a sports store, and Gina was with him. Preceding that, both Henry and Gina were photographed looking quite cozy in Rome while Henry was shooting a film there in the fall. I’d say the two are definitely back together, although I’m left wondering how Gina took him back so quickly after that mess with Kaley.

And speaking of Kaley Cuoco, what’s going on with her? She’s engaged to that new tennis player, and she’s rumored to be pregnant. FYI, she got together with this tennis player less than a month after breaking up with Henry – and she dated Henry for two weeks. All I’m saying is – the timing’s weird.