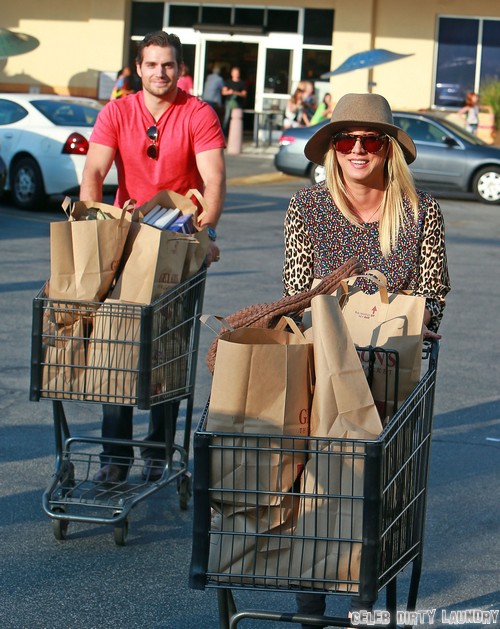 Henry Cavill was at the Superman panel at Comic-Con earlier on Saturday, and although the big news was the confirmed Batman/Superman sequel, Henry did spend some time discussing his love life.

As we all know, Henry’s love life has been at the center of tabloid news for the past few weeks, and his showmance with Kaley Cuoco has been debated endlessly on the Internet. But what does Henry think about the public discussion on his private life?

Well, firstly, he’s asked about how his life has changed since Man of Steel came out in theaters. His reply was, “The private life is considerably reduced.” When the interviewer adds that she’s seen stories on his love life in the news every week, he says, “Everyone seems to know where I am, what I’m doing, and you know, it’s interesting, but it’s new and I’m just going to have to adapt to it. You’ve just got to take it in stride and see how it goes. Nothing in life, no big change in life is easy, but you have to look for the positives in that change and that’s what I’m trying doing.”

Nice dodge there, Henry. I think he was scared about where the interview was going when the topic came to his love life in the news, but he wasn’t pressed about any specifics.

Based on this interview, it almost seems like Henry’s trying to play off the whole tabloid mess as a result of Man of Steel. But him getting papped with Kaley Cuoco after a People Magazine exclusive in a remote non-pap friendly neighborhood is pretty telling. And besides, he’s nowhere near the level of fame as some other celebrities who manage to stay out of the spotlight just fine.