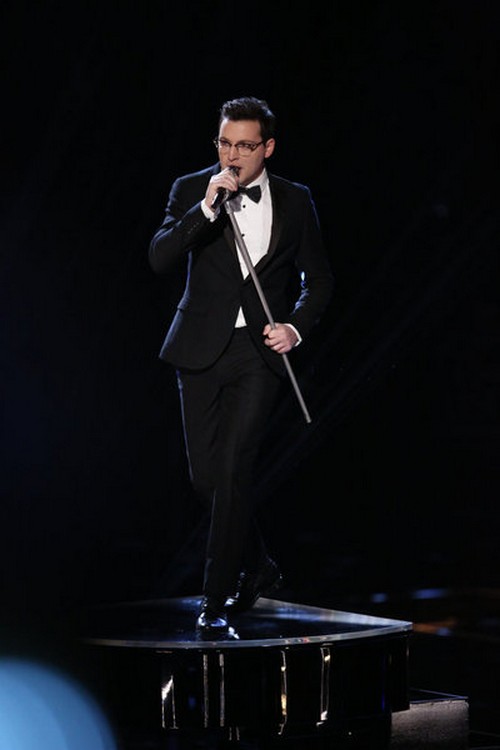 James Wolpert took the stage tonight on THE VOICE for her Top 6 video performance.  James Wolpert sang “Fell in Love with a Girl” by The White Stripes.  Tonight’s show the remaining artists from each coach, Christina Aguilera, Adam Levine, CeeLo Green and Blake Shelton team performed live for America’s vote and the chance to move on to the Semi-Finals.

Judges Comments: “Adam says he kind of slipped in the middle of the song but he felt like it was still really good; he loved bringing a simplicity to the song that really gave a nice slow feeling compared to the original. Blake says he sings with such a great voice and didn’t really realize a mess up in the song; he thought his pitch was really good.” If you want James to make it to the semi-finals don’t forget you have to vote for her.

On last week’s show James sang “Somebody to Love” and the judges loved her performance.  The judges said this about her performance,  “Adam says that Queen in general is one of the tallest orders for a male vocalist; Adam believes that James could sing in Queen. It was an unbelievably impressive performance; it was dynamic and beautiful. Blake says that it was incredible; it was dynamic and dramatic. It was a solid performance and one of his best performances so far. Christina says he should feel very proud; he used a lot of the stage and kind have had a feeling she was watching a Broadway show. CeeLo says he`s a big fan of Queen but he did such a wonderful job, his timing was great; one of the greatest performances on the history of The Voice.”