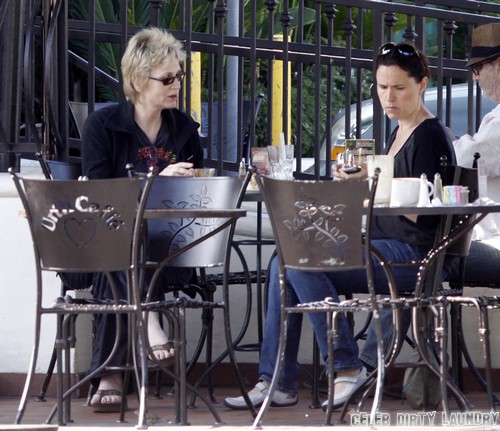 It’s been a little more than a month since Jane Lynch had revealed that her marriage to Lara Embry was done. Well, Jane has now followed through on her word and officially filed for divorce.

As is the case with more celebrity divorces – and most divorces, period – Jane cited ‘irreconcilable differences’ as the cause for the divorce, which she filed in the LA County court.

Lynch, who is 52 years old, met Embry at a fundraiser in 2009, before she had become a household name with Glee. They got married in Massachusetts, since it was not legal to get married in California at the time.

Thankfully, there are no small children involved, which will make the divorce proceedings a lot less complicated. However, Jane did mention that she wanted to ‘terminate the court’s jurisdiction to award Lara spousal support’. Since they did not have a prenup, this will probably lead to slight complications in the finances, although precedent says they will be splitting everything [including assets and property] 50/50, straight down the middle.

We don’t know if their split was amicable, but from Jane’s comments last month, we assumed it was. But based on Jane’s decision to not award Lara spousal support, or at least get rid of the court’s jurisdiction to do so, it seems like there might be some bad blood involved. Considering how private Jane is about her private life, I doubt we’ll find out  more unless this devolves into a battle over income and assets – and knowing Hollywood, I wouldn’t rule that out.

What do you guys think about Jane’s divorce to Lara Embry? Did you think she was serious when she admitted that she had split up with her partner last month? And do you think the split was amicable? Let us know your thoughts in the comments. 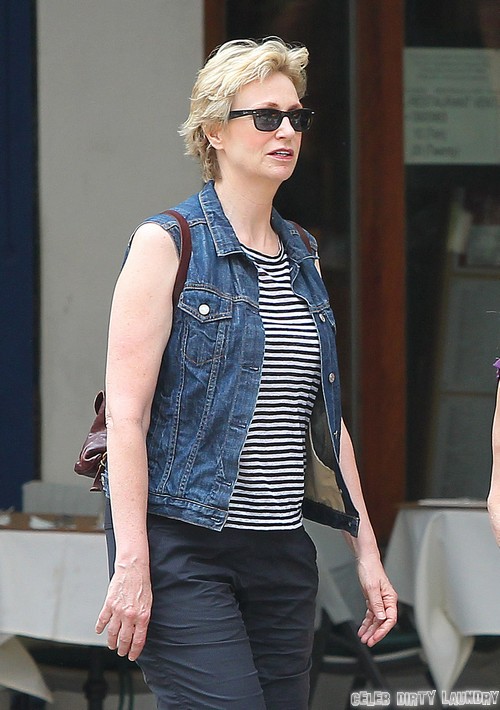