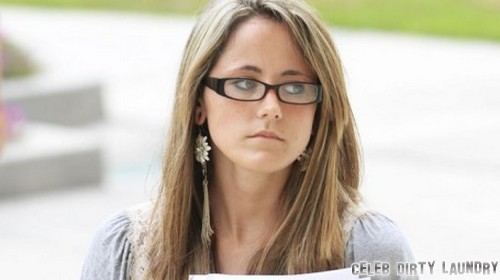 Teen Mom star Jenelle Evans has checked herself in for treatment at a rehab center after realizing that she was abusing heroin. How lovely. We’re guessing that she’s not going to win Mother of the Year anytime soon, right?

According to the latest reports surrounding Jenelle, she has checked herself in to a rehab facility in Florida where she is seeking treatment. Another report suggests that she has not only getting help for her addiction issues, but is also seeking help for all of the stress that she’s been under.

A source close to Jenelle revealed, “Everyone has been worried about Jenelle doing heroin, even though she was denying that for a long time. Jenelle has been through the wringer lately. She got married to a guy that she now thinks is a disaster, got pregnant, had a miscarriage and is basically falling apart.”

Jenelle said previously that since finding out that she was pregnant, she was clean from doing any kind of drugs. The snitch close to the situation said that is not the case at all. The source added, “She has been doing drugs, and she really wants to stop and live a clean life for herself and for her son Jace.”

Can Jenelle kick the nasty heroin habit? Let’s hope so for her sake and the sake of her son. Stay tuned…