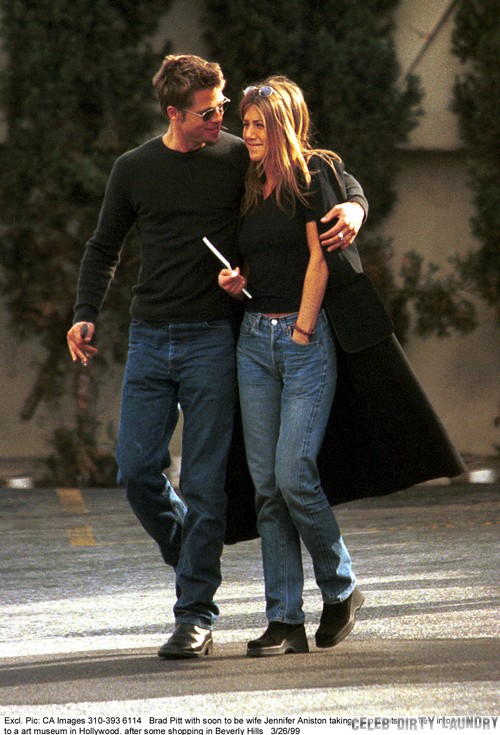 Has Jennifer Aniston finally forgiven Angelina Jolie for stealing her man? According to Star Magazine, Jennifer is ready to ‘bury the hatchet’ with her ‘nemesis’. Star’s source claims, “Jen has softened toward her nemesis and begging for a tete-a-tete to clear the air. Jen asked Brad [Pitt] for a secret meeting with Angie. It’s so overdue.”

According to this source, it was news of Jolie’s double mastectomy surgery that made Jennifer rethink her relationship with Angelina and Brad. The source explains that Brad loves the idea since he still wants to keep in touch with Jennifer, but Angelina’s still ‘thinking about it’.

Is this really possible? I don’t claim to know what goes on inside these people’s heads, but it’s pretty much a given that Jennifer Aniston still has not moved on from this whole Brad/Angelina thing. Not so much the jealousy aspect, but the fact that ‘Brangelina’ has become such a huge name in Hollywood and internationally, while she’s more or less been left by the wayside.

So no, I don’t think Jennifer will let bygones be bygones, especially when she still has her BFF Chelsea Handler publicly bash Angelina Jolie every chance she gets. I don’t think that even the news of Angelina’s double mastectomy is going to change that.

What do you guys think? Is it possible that Jennifer wants to bury the hatchet? If she does, would Brad and Angelina even care? I mean, it’s not just Brad cheating on Jennifer with Angelina, right? It’s also the fact that Brad has accidentally been shit-talking Jennifer in practically every interview he gives. How will she be able to forgive that? So I’m calling bull on this story. Let us know what you think in the comments.