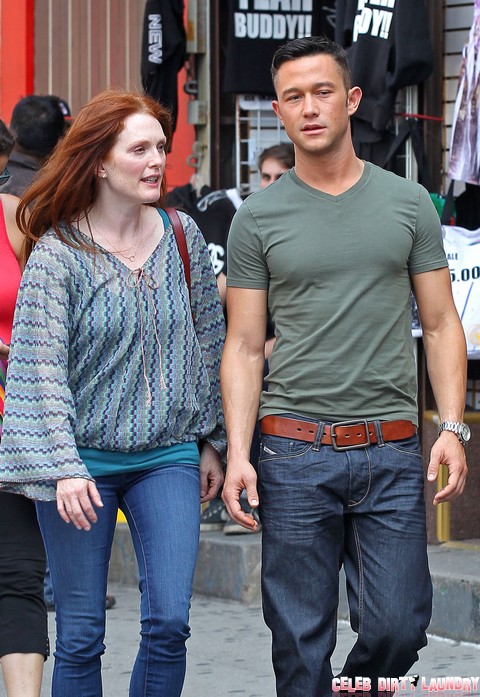 One of the coolest actors in the film industry must surely be Joseph Gordon-Levitt. Not only is he one of the most moldable actors in Hollywood, but he’s also a generally nice guy. Levitt’s directorial debut, Don Jon’s Addiction – currently being promoted at the Sundance Film Festival – features him playing a porn addict, dating a woman (Scarlett Johansson) who is addicted to romantic comedies. Now before you drum up clichés and quirky one liners in your mind, Don Jon’s Addiction is, according to those in the know, a really, really cool flick.  Sexuality sells, but sexuality really sells when romance and awkward set pieces are used to create an era-defining sexomedy – read American Pie.

Another actress who stars in Don Jon’s Addiction, Julianne Moore, also opened up to Jezebel about how romantic comedies and pop culture set-pieces create a fantastical paradox that skews our view of reality. “They’re fantasies being fed to people that are fueling an unrealistic expectation of how they should be. There’s the princess fantasy,” she says. “I understand role-play with kids, and both of my children are interested in superheroes and princesses, but the way we’ve saturated our culture with these ideas is that a little girl thinks that’s how it’s supposed to be, but it’s unattainable, and yet that’s a fantasy that persists. So, you have romantic comedies, pornography, media images that are unrealistic and they’re all preventing people from being themselves.”

Whilst we agree with Moore and Levitt’s understanding of l’amour, we tend to be romantic optimists at heart. (We even have a motivational belief that Kim Kardashian and Kanye West love one another) Don Jon’s Addiction creates a surreptitious hybrid of what we came to love when love first appeared on our screens in the form of modern-day rom-coms and symbolic sitcoms. (Love is everything, and without love, there is nothing)

Don Jon’s Addiction should be a winner, don’t you think?