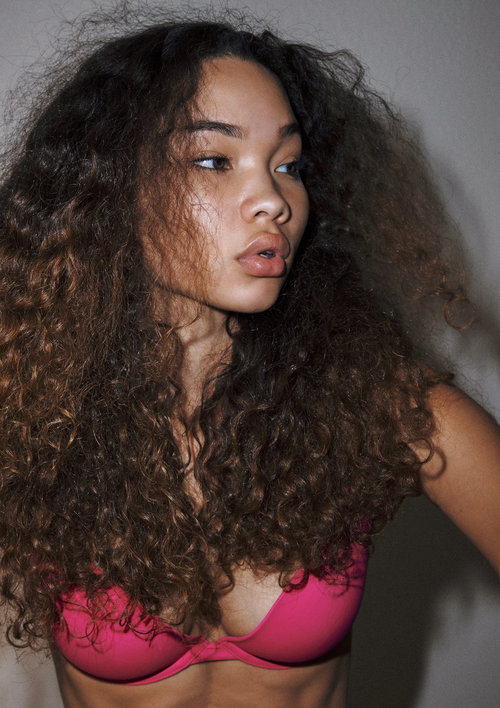 I never would have pegged Justin Bieber for a modelizer, but that was before we were all introduced to 2013 Justin. The one who doesn’t seem to care about the law, or manners, or even basic human decency.

Let’s be real, Justin is not Leonardo DiCaprio. The only reason all these girls are after him is because of his name and his money. That would also explain this latest report, which states that Justin Bieber has been spotted with model Ashley Moore.

According to the report, Justin was seen on an ‘intimate date’ with Ashley earlier this week, after having been introduced by their mutual friend Lil Twist earlier this year. Apparently, he took her to Bouchon, which is a very fancy and expensive restaurant in Beverly Hills. Well, Justin’s not new to trying to buy love. He did something similar with Selena Gomez, when he rented out the entire Staples Center so they could watch Titanic alone.

Of course, Justin and Selena are looking more and more permanently finito, which Selena must be relieved at. There are already rumors that she’s moved on, and while I’m sure Justin still misses her, he’s trying his best not to show it. And that includes going on dates with supermodels and rubbing it in Selena’s face.

I mean, that’s what  he’s doing, isn’t it? Otherwise, he wouldn’t be so obviously public about it. Most celebrities try to keep their relationships private, not flaunt it for the entire media to see. So you can really only draw two conclusions: that Justin’s showing off, just for the sake of showing off [which wouldn’t be surprising], or he’s showing off to make Selena jealous. Or both.