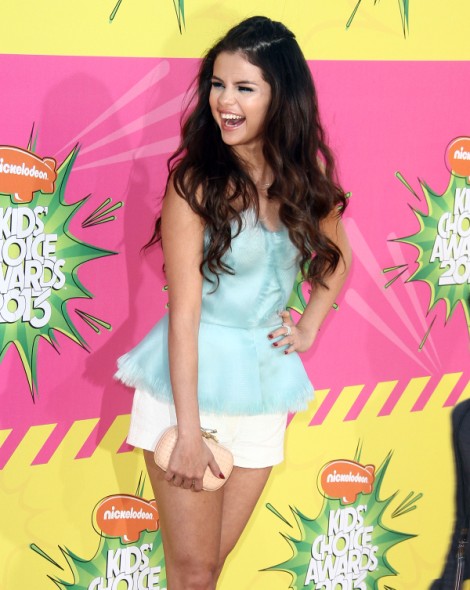 This is the smartest thing that dumb ass has done all week. Photo agencies have pics of Justin Bieber’s black stalker van parked outside Selena Gomez’s house in Encino, CA yesterday. Apparently Selena tried to leave but the van was blocking her driveway. Nothing says I love you like captivity, right? Anyway, so Justin and his two bodyguards ended up leaving after about an hour but they picked up a puppy as they left. That’s all the info I have and the puppy is stumping me. Did Justin bring that puppy as a please take me back gift? Did he steal the puppy from Selena because she wouldn’t say yes? Did Selena give him the puppy because he desperately needs a friend right now? I DON’T KNOW and it’s killing me!

So what can we be sure of here? I’m guessing if Justin is still making house calls then Justin still wants Selena. Who wouldn’t? Homegirl has never looked better. And Justin… well Justin just threatened to kill his neighbor. Justin is showing up late for concerts. Justin is getting compared to mega head cases Lindsay Lohan and Britney Spears and might have battery charges. Justin Bieber is a f-cked up mess right now. He needs that girl to clean up that image. But will she play ball?

It doesn’t look like it. Like I said, he left after an hour. Reconciliations usually take a little longer especially desperate face-to-face ones. Wouldn’t it be amazing if Selena had to get a restraining order because Justin kept popping over unannounced crying his eyes out? That’s mean, I know, but it would be the next logical step in his drastic fall from grace. And then Selena can go on Letterman and tell him all about it!

So what do you think from the scant evidence I’ve laid before you? Did Justin Bieber beg Selena to be his girlfriend again? I’m curious. Are there any out there who even want to see Selena Gomez and Justin Bieber back together?