Did Justin Bieber Hook Up With Prostitutes While He Was Smoking Weed In Amsterdam Over The Weekend? 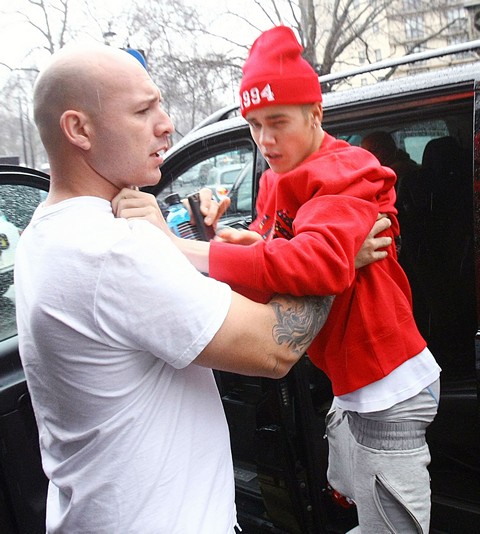 Justin Bieber has had a rough past couple of weeks, so it made sense that he went to Amsterdam to relax, smoke pot, and have sex without worrying about being followed by the paparazzi. The place where you can get legal weed and legal sex without having to worry about the consequences, or worry about your friends at a party taking pictures and plastering them all over the Internet.

Bieber has found himself in the midst of so many scandals and controversies lately, it’s a little hard to keep track. Whether or not he wants it to be, this latest rumor of JB possibly visiting prostitutes does fall into the ‘controversy’ category, regardless of whether it was legal or not. Justin’s fan base, which he doesn’t seem to realize, is still mostly young teenage girls. Their parents are NOT going to be ok with seeing this massive meltdown of their daughters’ favorite pop star right on national news and television.

He can’t be going around hitting paparazzi, getting into fights in broad daylight, visiting prostitutes, smoking up, and walking around with his pants falling down. He doesn’t seem to realize it, but right now, he’s lost his girlfriend and he’s in danger of losing most of his fans and his career if he doesn’t get it together.

Of course, his loonie fans are still active and present on Twitter, and wishing threats against anyone who says nary a bad word against their idol. Well, it’s time for them to stand up and face up to the sad truth.

Again, I feel for the young kid, I do. He’s just broken up with Selena Gomez, who for all intents and purposes, is completely over him. Sure, there are rumors that she’s thinking of meeting him again out of pity, but It’s not the kind of thing that inspires confidence in a young fella, you know? Especially one who’s an internationally renowned music sensation. So he must have thought, what will happen, I’ll just sneak into Amsterdam for a chill session and meet some women on the down low. Too bad for him that nothing he ever does or plans to do stays on the down low.

Let’s just hope that he can get his act together before it starts becoming too much for him and his fans, and before he heads for a bigger breakdown.