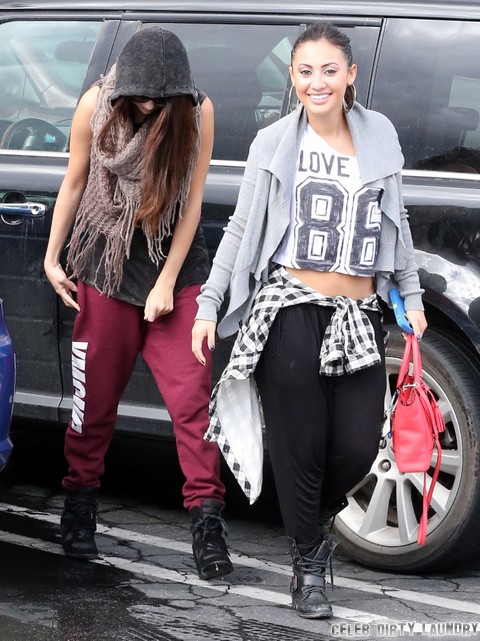 Selena Gomez is over the Biebz. Over, over, over him. We could see that from the day that they both broke up, and although it’s been reported that Justin Bieber has been desperate to get her back, it looks like she’s not biting. It became even more clear that she could care less when she didn’t even bother to go see him after his collapse on-stage.

And why should she? She’s off looking fabulous in photo shoots, attending premieres, and generally living it up. Meanwhile, Bieber has been spiraling more and more out of control, and making a fool out of himself in public. He wears ridiculous outfits, gets into meaningless fights, and doesn’t show up on time to honor his professional commitments.

So is it really a surprise to see that Selena is over her ex-boyfriend when he’s behaving so pathetically? Maybe Biebz thought that by collapsing on stage, he’d be winning his lady love back. Probably not, but if he did, he’s sure to be disappointed because Selena went about her day as usual. Right after news of Bieber’s collapse went viral, Selena was spotted attending a dance class and going for a burger with her friend.  She looked happy and like she was having fun, unlike Biebers attempt to look ‘cool’ by wearing jeans several sizes too big and a tight tank top that showed off his non-existent muscles.

In fact, Hollywood Life reports that Selena is supremely unconcerned with what’s been going on with Justin, and she couldn’t care less.  A source tell Hollywood Life, “Justin texted Selena about how depressed he was about his birthday party being a disaster, but she just ignored him. She’s been laughing about his ridiculous outfits and thinks he’s just being needy. She’s moving on and having fun with all of her friends and family — she doesn’t have time for him.”

And move on, she has. To bigger and better things while Justin wallows in self pity, dreaming of ways to get her back.