Justin Bieber Pees Into Bucket – Will He Be Fired From Label? 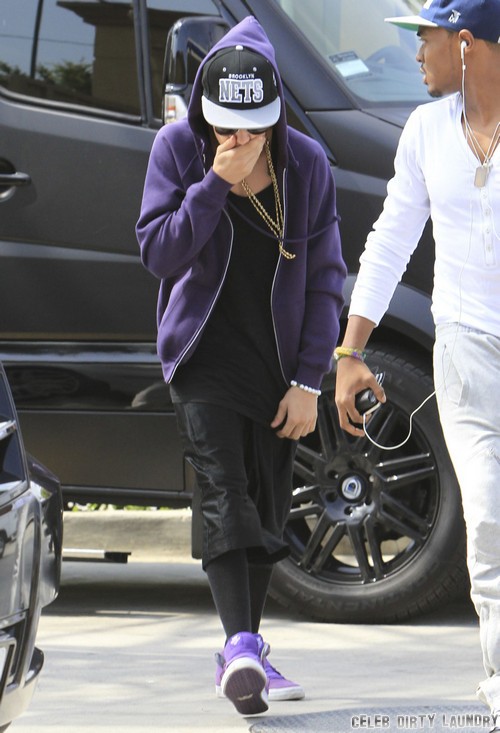 Justin Bieber peed into a cleaning bucket at a restaurant. Let me repeat that – Justin Bieber PEED into a bucket that is used to clean restaurants after they close down for the night. After a night of partying with his buddies, and then exiting through the restaurant entrance because they couldn’t be bothered with the normal exit, Justin decided he needed to pee.

Then, instead of peeing in the bathroom like a normal person, he decides to piss into the mop bucket. Oh wait, it doesn’t end there. He then decides to spray paint a photo of Bill Clinton with the words ‘F*** Bill Clinton!’

Really? Is this the behavior that teenage celebrities can engage in and get away with now? I mean, considering that this is Justin Bieber, it’s actually not that surprising. It’s been several months of him acting like this, and this isn’t even the worst of it. His friends are ratting him out and his ex-girlfriend dumped his ass after being embarrassed to be seen with him. His family doesn’t care as long as he keeps sending them money. Right now, the only person who’s allegedly made an effort to help him is his manager, Scooter Braun. And even then, there’s only so much he can do.

I have to say, if this keeps continuing, Justin’s going to lose all of his fans. His fans are still very young and their parents watch the news, where Justin’s face is regularly splashed across with his latest stunts. One Direction has already cannibalized a large portion of his fan base, and he’s not really offering anything unique [music-wise] to justify the amount of money the label pays him. So could Justin eventually get fired? I don’t think we’re close to that scenario yet, but if he keeps going like this, there’s a high chance that it could eventually happen.