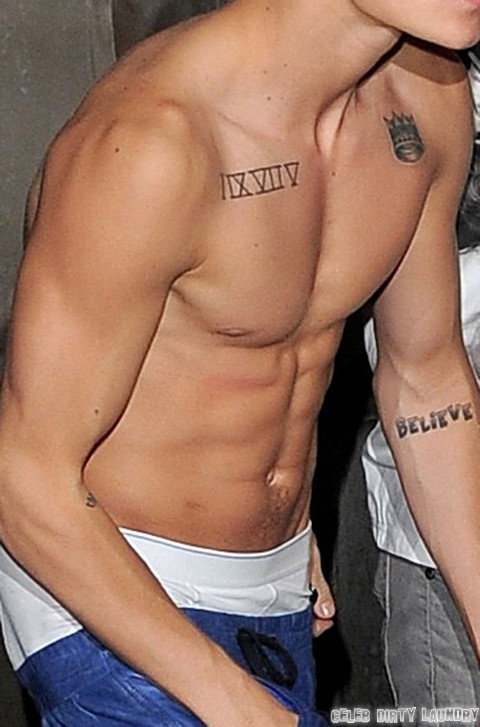 Is Justin Bieber on Steroids?  The allegation of drug use to include Steroids has been raised and with Justin bulking-up noticeably it is not too far-fetched.  Justin Bieber and his friend Lil Twist were seen smoking it up earlier this year. According to TMZ “Justin Bieber‘s Calabasas mansion was the backdrop for a rager last week, where the beer was flowing and marijuana smoke was permeating the singer’s home “ So I ask again is this far-fetched that Justin would be allegedly using Steroids?”

We know Arnold Schwarzenegger has been mentoring the talented singer since their encounter last month – however all the violent and unexplained behavior has to raise speculation of possible illegal drug use.  Some of Justin problems over the past several months have been his relationship woes with Selena Gomez, Justin Monkey detained by the German officials, his tardiness to his concerts, and let’s not forget about the spitting incident with his neighbors. Just to name a few of the many unpleasant and even criminal incidents in Bieber’s life recently.

We could look at this as a young man coming into adulthood since he is only 19. But Steroids are known to cause moody behavior and we cannot overlook Justin’s behavior lately.  His manager and family would like to quash the rumors but his behavior pattern cannot go unnoticed.  Many say that teens are moody in general and Justin is constantly being hounded by the paparazzi – they use this as an excuse for what may be yet another young star headed for destruction.

Is Justin Bieber the guy to risk it all for Steroids?  The question is not irrelevant since he has admitted to using illegal drugs in the past, is getting more muscular all the time, and is getting advice from Arnold – who admitted using steroids in his competitive bodybuilding days. Justin will not be the first celebrity to succumb to temptation and give into a life of destruction.   In light of everything Justin Bieber has been going through Steroids could be the explanation for his as yet unexplained violent behavior. You be the judge!