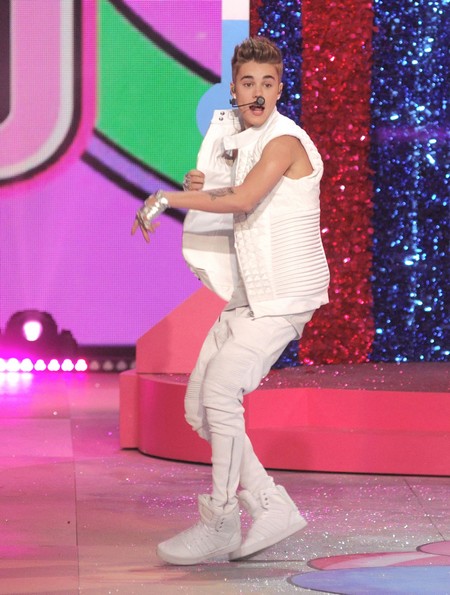 Sooner or later the truth always comes out. That’s a little detail that Justin Bieber and his team of handlers’ seem to have forgotten. Just last week, Chris Guerra, an over-zealous paparazzi died while trying to get visual proof that Justin is a pothead to the millionth power. He chased Justin’s car in an ill-fated attempt to get a good photo or two, but it was actually Bieb’s good pal Lil Twist that was driving.

After Chris’ death Justin’s team of spinners came out swinging about the paps in general. They also, as usual denied that their client ever indulges in any illegal substances. Fast forward just a few days and Bieber’s partying has now been captured on camera. The teen star was enjoying himself at the Newport Hotel with a pile of friends, including Twist who seems to be a pro when it comes to rolling the blunts that we can now confirm that Justin does indeed smoke!

According to TMZ (Pics Here) there was a ton of pot smoke and everyone was partaking. In spite of Justin having security on the scene no one bothered to prevent photos from being taken and that’s how a strung out Justin was captured for the world to see.  The fact that his security was unfazed tells me something pretty important, Justin is one hell of a pothead and they are used to watching him do the things that he was doing in the hotel room that night. It was nothing new or they would have been a little more protective of his better interests and image!

After lighting up and getting high as a kite he of course had some random chick sleep over in his room. You know as well as I do it wasn’t to have a nice G-rated pillow fight. Hopefully this breakup with Selena Gomez will stick because she needs to run like hell. Her image is that of a pretty good girl with a very good work ethic. Rolling with Justin now would only reflect badly on her. As of today everyone will know that his PR people have lied about his drug use and god only knows what else they’ve lied about.  Are you shocked to have proof that Justin likes his weed just as much as Twist? Tell us your thoughts in the comments below!

Editors Note to all the Justin Bieber fans – if you hang with Justin and take drugs with him then you too might get to sleep with the guy who can’t win a Grammy.  Note to parents – if you are looking to have your sweet little daughters turn out to be hood rats then make sure they get plenty of exposure to Justin and his lifestyle.