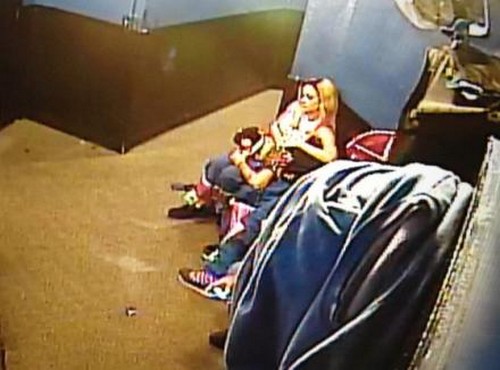 Has Justin Bieber finally come to terms with the fact that he’s probably not going to reunite with Selena Gomez? After many months of breaking up and getting back together, it finally looked like they were done for good when Selena was reported to be ‘casually’ seeing Ed Sheeran last month.

Justin may have huffed and puffed and even cried when he found out, but he certainly hasn’t wasted any time in moving on and finding a new girlfriend. According to reports, Justin was spotted at the Las Vegas Indoor Skydiving with a group of people, which included a waitress named Jordan Ozuna. An eyewitness reveals, “In the waiting room area, she was sitting on his lap and they were kissing. Little pecks and kisses.”

The source also revealed that they were being very touchy-feely, caressing and cuddling one another often. The source added, “Justin was occasionally putting his hands around her waist, [giving her] a couple quick kisses. He was definitely into her, and she was into him, as I could tell. That they got the coziest. He had his head resting in her lap [and she was] petting his head.”

Awww, isn’t that sweet? Well, if you like Justin Bieber and think he’s not a narcissistic attention-seeking kid who’s let fame go to his head. At least he’s seemingly found someone to move on after getting dumped by Selena Gomez, although I’m not sure if this is just a fling or an actual relationship. If it’s just a fling, well, I question that girl’s taste. If it’s not, well I still question her taste, but maybe she’ll have some semblance of being a good influence on him and he’ll stop with his crazy antics.