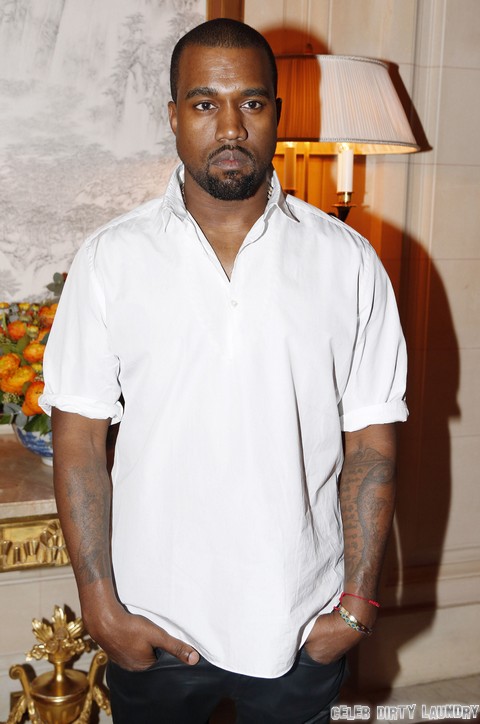 Kris Jenner is going to war with Kanye West and here’s why. I guess Kanye got sick of listening to his baby momma, Kim Kardashian complain about gaining all of that baby weight. The media has had a field day with her all week, in part because she has been seen publicly melting down over how “fat” she now is. Her freak out has only confirmed the recent speculation that this chick really is foolish enough to be killing herself at the gym 7 days a week and adhering to a strict diet in order to AVOID her (necessary) pregnancy weight gain.

Kanye decided to take some of the heat off of Kim – or got tired of her getting all of the attention and stealing his spotlight- take your pick and decided to talk about baby names. At Paris Fashion Week Kanye let it drop that his absolute favorite name choice is “North”, meaning his firstborn would be named “North West”. Now, if this came from pretty much anyone else on earth we would bust out laughing and assume it’s meant to be a joke, but Kanye rarely cracks a smile let alone a joke. Dude is serious and he’s battling Kris Jenner over the baby’s moniker!

That’s right. Kim is so controlled that even when it comes to baby names she’s not really in on the ground floor of negotiation’s! Generally, when Kris is involved I will systematically root for the other side, but let’s face it, Kris has to have a better idea than North!  It would have to start with the letter K no doubt but that rule of thumb sounds a whole lot better than having your child go off to kindergarten  (named after an airline) and sitting at a desk with the name North West taped to the front of it!

What do you think of Kanye’s name choice? Tell us your thoughts in the comments below!