Kanye West Thinks Kim Kardashian’s Family Is Bad For Image, Refuses To Be On Reality Show 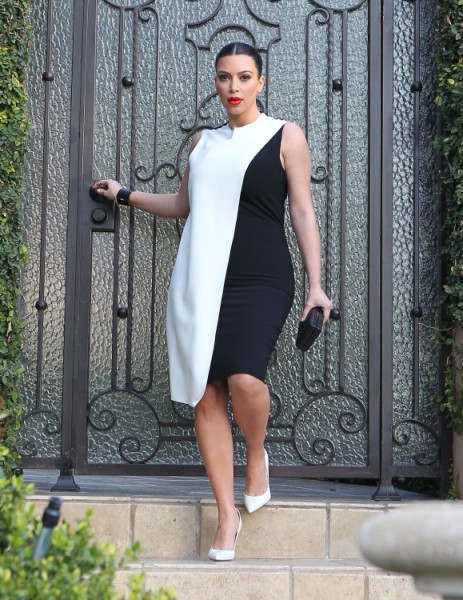 If Kris Jenner didn’t hate him before….

Kanye West is showing some good sense and agreeing with many of us out there by refusing to be on Keeping Up with Kardashians’ next season because the show is embarrassing. Well, his people think it’s bad for his image but I’m throwing the word embarrassing out there as well because I’m sure they’re thinking that too.

According to Radar Online Kanye’s willing to do his baby mama a solid and film a few cameos as he’s done in the past but that’s pretty much it and Kim Kardashian’s OK with this because she doesn’t want to push him.

The story also insists that Kanye is worried the show will  make him look cheap. While I’m pretty sure his every day actions and clothes already do that for him, he does have a point. But what does that say about his girlfriend and her family? Does he rationalize Kim’s past behavior in his head by pinning all of the Kardashian lameness and hustling on Kris Jenner? It’s an easy thing to do but I’m not too sure it’s fair. I’m pretty positive Kim brought Kris Humphries and all his fledgling brain cells into their home all by herself. Mama Kris might be drama-hungry but she’s not that stupid.

Whatever his reasons, it’s a sure thing that Kanye won’t be a fixture for season eight. But is Kim Kardashian quitting as well? She keeps going back and forth but you’ve got to assume he’s pressuring her to follow his lead and now she’s got a pretty decent excuse. She’s already come out saying she doesn’t want to raise her kids on TV, hence she cannot be on TV. It’s a foolproof plan to extricate herself from the monster she helped build and will free her up to do all of the highbrow things Kanye has in store for her. This just popped in my head. For all you Keeping Up with the Kardashian lovers out there, is Kanye West your Yoko Ono?

Attached are pics of Kim out and about in LA yesterday going to some red carpet thing. Do I even need to talk about the dress? It’s not as bad as some of the others at least….

Are you surprised by the Kanye West Keeping Up with the Kardashians decision? I’m not at all. But wouldn’t you die to know if Kris Jenner lobbied for him? You know she believes her show is as valid a career as any rap thing he’s got going on. I would love to have been a fly on the wall during that pitch!