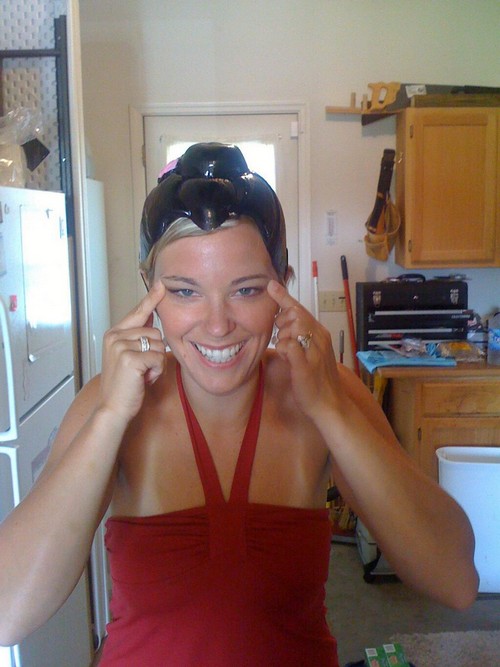 When the picture of Kate Gosselin slanting her eyes hit the Internet, there were immediate cries of ‘racist’ being shouted at her by her critics. However, Kate does have eight half-Asian children and she was married to an Asian, so I came up with the more likely theory that Kate leaked that photo as part of a publicity stunt.

Let’s be real – this is the most anyone’s spoken about Kate Gosselin in months, if not years. When was the last time she was relevant? And I mean relevant in mainstream media, not just gossip blogs? Right now, everyone from the Hollywood Reporter to major news outlets like CBS and MSNBC are reporting on Kate’s photo and subsequent comments. It’s pretty obvious that this whole thing was staged, and I wouldn’t be surprised if she came out with another reality show within the next month.

What’s Kate trying to prove? Well, that she can still bring attention when necessary. Maybe she’s trying to prove that she’d be worth the money that networks may want to invest in her. Either way, it’s turning out to be a win-win situation for her.

She’s already hit back against the whole ‘racist’ angle, writing on her blog, “I married an Asian. I have eight biracial children. I’m quite certain that I’m the last person that could be called racist.”

You know what’s more suspicious? The person that leaked the picture was a new Twitter user, and this was one of their first Tweets. Yeah, I have no doubt that Kate staged this whole thing. She knew that even though people would cry ‘racist’, she could use the fact that she married an Asian man and had eight half-Asian children to her advantage, and to prove that she wasn’t actually a racist. So now, she’s left with a ton of publicity and endless possibilities of where to leverage it.