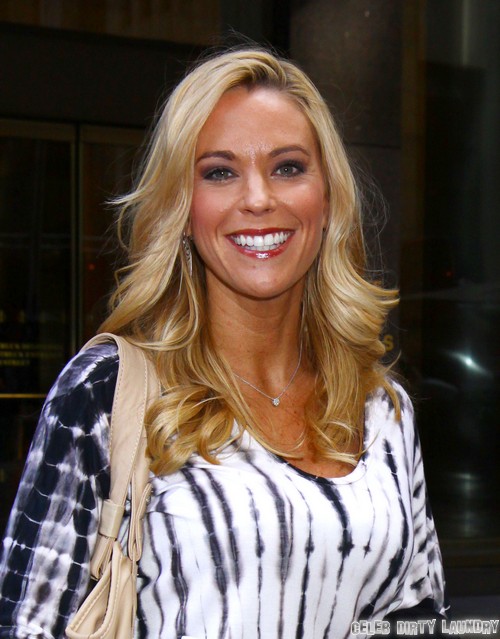 Kate Gosselin‘s not giving up in her quest to win the lawsuit she filed against ex-husband Jon Gosselin for wiretapping, hacking, and identity theft. Claiming that Jon aided author Robert Hoffman in stealing all her private information and then using it against her in Hoffman’s tell-all book, she put forth a multi-million dollar lawsuit against Jon and Robert. However, Jon has previously dismissed Kate’s lawsuit attempts as ‘fishing expeditions’, and based on the information released, she really doesn’t have much proof against Jon.

However, Kate is now utilizing a new weapon in her attempted takedown of Jon – his ex-girlfriend, Hailey Glassman. Jon and Hailey dated after Jon’s divorce to Kate, and Kate will no doubt take advantage of the ill feelings between Jon and Hailey to try to get her as a witness. According to a report from Radar Online, Kate’s trying to subpoena Hailey to reveal evidence that she may have in Kate’s favor. Supposedly, these are text messages containing conclusive proof that Jon was involved in the theft of her private information.

A source tells Radar, “Hailey has told Kate’s legal team over and over again that she wants nothing to do with the lawsuit or the Gosselin family and doesn’t want to get involved. So now Kate’s team is threatening to subpoena her so she will have to testify and submit whatever evidence she has in Kate’s favor, which would be the text messages.”

Although Hailey’s not interested in getting involved in this whole mess, having put the Gosselins behind her a long time ago, Jon is apparently terrified of the evidence that Hailey might have in her possession. Even if Hailey doesn’t want to willingly speak up, there is a chance that Kate’s subpoena is successful. But without knowing what they’re going up against, there’s a possibility that Jon and his legal team might lose the case – especially if the evidence that Hailey has is conclusive enough.