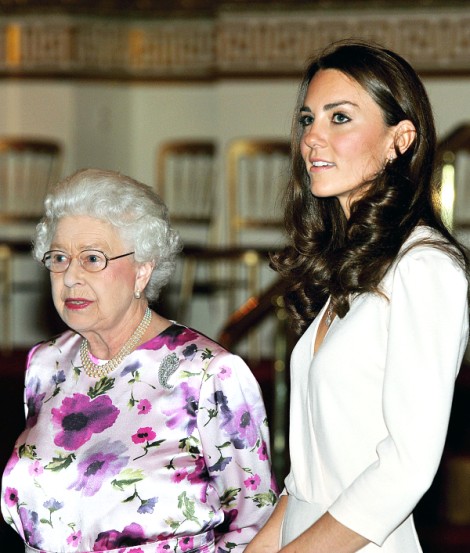 Kate Middleton’s royal in-laws are secretly elated over the new scathing remarks about her, courtesy of Sandi Toksvig.

Quotage: ‘Kate Middleton is not enough for me.’

‘We used to admire women who got their place in life through marriage and having children, but I like to think we’ve grown up a bit.’

‘I can’t think of a single opinion she holds – it’s very Jane Austen.’

While this might not be music to Kate’s ears, her royal in-laws Autumn Phillips and Sophie, The Countess of Wessex are grinning ear-to-ear now that Kate’s been put in line for her lack of work ethic and her blank personality for a second time. Royal insiders say they’ve been pissed off with the amount of coverage she’s gotten ever since her nuptials and the mindless adoration of a fawning sycophantic press and crazed fans that don’t see her for what she really is. Sophie, especially, has always been a hardworker and is Queen Elizabeth’s favorite in-law because of that. But all of her charitable work as a senior royal has been completely ignored by the press and the public in favor of flattering stories about Kate shopping, getting her hair done, or jet setting to an expensive holiday resort and never getting called out on her bad behavior.

It’s no wonder Kate’s never seen with any of Prince William’s family. At best, Prince Harry suffers her company most likely for his brother’s sake and/or is asked by the palace PR team to help keep up appearances of the “Golden Royal Trio.” They can’t stand to be around her and her holier-than-thou attitude. Not to mention they’ll get hit in the face by her annoying hair flipping and blinded by her incessant flashing of Princess Diana’s ring.

Personally, I wouldn’t be surprised if Autumn and Sophie are plotting to take Kate down once she’s had the heir and the spare. Kate – watch your back. Or, get your name in the press for working more and partying less. That will not only save you from your royal in-laws’ plots to take you down, but from any more negative comments made about you in the press by intelligent, hardworking, successful career women.