Kate Middleton: ‘I’m Not Interested In A Lavish Lifestyle’ – Believable Or Laughable? 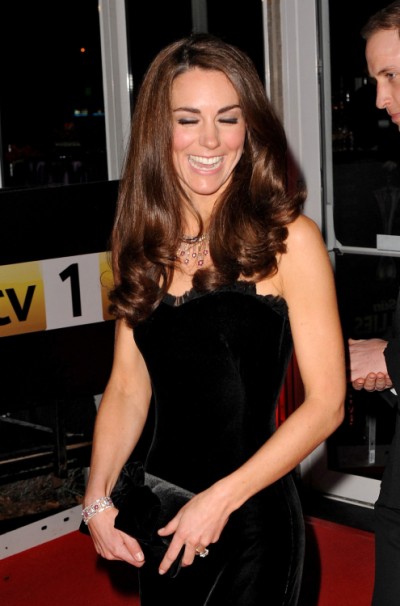 For some reason everyone keeps talking about Amner Hall. Kate Middleton and Prince William’s Sandringham retreat won’t even be finished with its modifications for a year or so but it’s in the news because of all the privacy it’s supposed to afford the royal couple. They can go topless to their heart’s delight!

But apparently the low-key mansion (which only houses 10 rooms) is indicative of Kate Middleton’s lifestyle and the scaled down, under-the-radar aristocrats she and William truly are. That’s at least the message their PR people are pushing awfully hard lately. That, along with the workaholic Kate angle which I refuse to buy.

A source told The Mirror: “The Duke and Duchess want to give their child and any subsequent children as normal an upbringing as is possible. They are not interested in a lavish lifestyle – they want to give their children the freedom to play and run around in the way they were able to. They plan to be hands-on parents and do not want lots of servants.”

Sorry to be a middle class stick in the mud but the option to have many servants or only a few is a lavish one. And who’s going to clean all those bedrooms? Will they just close off most of the house when they don’t have visitors or will they hire in help when the need it? Just because your help isn’t full-time doesn’t mean you’re the one cleaning the floors, you know?

But slap me in the face I actually do believe the message here. Yes, Katy likes to shop and yes, William likes to say that he has a full-time job but Sultans of Brunei they are not. They have nice things but they aren’t showy. The only thing I like to get them for is their lavish vacations but I can’t hate too much there. If I had the money I’d do it too. Experiences are so much better than things!

So I’ll let Kate (or Kate’s source) get away with these remarks – sort of. When 99.9% of the world considers your lifestyle lavish then it is regardless of what you think or try to portray so stop with the dumb ass comments in the future and enjoy your Georgian mansion.

Off topic: Does anyone else think it’s creepy that Prince Charles used the house as a cheaters’ love shack with Camilla Parker-Bowles? That’s what it’s primarily known for. I think that’s just so weird! But I heard the Queen wanted the Cambridges close which they are. Anmer Hall is incredibly close to the big house. I wonder what for?