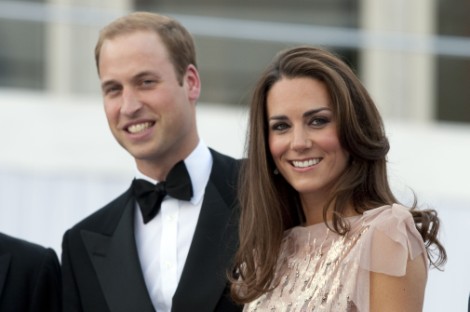 December has been a serious month of joy for the royal family and at this point, no one can be happier than Prince William. First it was announced to the world that his beloved wife Kate Middleton, is expecting a royal heir and now it appears that another dream is about to be realized – he will bypass his father, Prince Charles and become the next monarch.  King William is coming!

They might be royalty but believe me this family has as much inner turmoil and drama as yours or mine, probably more since the stakes are so high. According to the latest issue of GLOBE Kate was caught in a vicious cycle, she was too skinny to conceive on her own but the stress of joining the royal family is what has kept her so skinny. Adding to that stress has been Charles’ wife, Camilla Parker-Bowles, who has never really found favor with the royal family. She despises Kate and the fact that this young, attractive woman has breezed in and stolen the limelight. Even when Kate suffers a misstep (such as those infamous photos) the family protects her. Meanwhile Camilla hits the bottle too hard and she is quietly ushered off to a rehab – in India no less! Kate and William are rumored to have gone the route of IVF, yes test tube babies, as we’ve heard she is likely expecting multiples.

Prince Charles has by most accounts become that bumbling idiot with the screwy wife. He is no longer viewed as an authority figure but instead he is infamous for writing lengthy, ridiculous letters over things that amount to nonsense in the grand scheme of things. Queen Elizabeth has had enough and had originally told William that if he and the Duchess produced an heir before she dies then he would be King next, not his father. With the joyous news that at least one baby is indeed on its way, the Queen has reportedly assured William that her word is good and he will step over Charles to reach the throne first.

I wonder if Charles even realizes what a punchline he has become and I’m sure that this news will send Camilla’s aide running for the liquor store.  What a one-two punch of good news for William. He’s going to be a father and a king, sooner rather than later!  Do you think William would make a better ruler or should Charles take his place on the throne that he has been waiting decades for? Tell us your thoughts in the comments below!