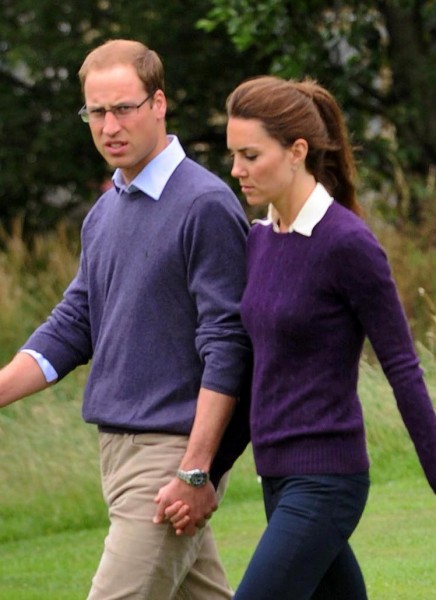 Kate Middleton’s birthday is in three days! Huzzah! The DoC will be 31 and expecting her first royal baby. How exciting. I doubt we’ll get any photo ops that day but we can dream, right? So everyone’s been racking their brains trying to figure out what Prince William has in store for his little woman. As I’ve previously reported, the news on the street was that Wills was going to hand over a bunch of real estate and let his wife pick out their own country estate. Kate Middeton’s parents live in Berkshire and all the places William was looking at were  oddly close to that location – much closer there than to his own family’s haunts. So I figured William knew Kate wanted a place close to her parents and, since he gets along with them so well, he’s cool with it too. But is Queen Elizabeth finally putting her foot down on all this Middleton mania?

This morning the Telegraph ran a story reporting the Queen is ready to hand over a cottage on her Sandringham estate in Norfolk. You need to check it out. There’s nothing charming about this place. It’s mammoth. So was this her way of telling William to put his money away and stay close to family or is it just a case of his granny being generous? This isn’t the first time we’ve heard about the Queen wanting to gift Anmer Hall. Apparently William spent a lot of time there when he was a kid and she was supposed to give it to him for his 30th birthday last year but it never happened. Maybe it wasn’t ready? Regardless of the reason, it’s a sweet deal. However, does it have strings attached? Is the Queen worried that if William buys a country home by the Middletons that those grandparents might have too much of an influence on the royal tyke? Believe me, I want to believe that, I really do. It would make my gossipy heart sing for the day but I just can’t go there. I doubt this house will curb William’s need for a country home closer to London. Norfolk is around 3 hours away from Kensington whereas the places he was looking to buy were only about an hour max. These royals usually have a few houses anyway. I could see Will and Kate’s country home being for weekends and the Sandringham home for long vacations during the summer and holidays. And since we all know the Cambridges loves their vacations, you know both houses will get used no problem.

Do you think there was an ulterior motive to the Queen’s generosity or is this all just coincidental albeit interesting timing?