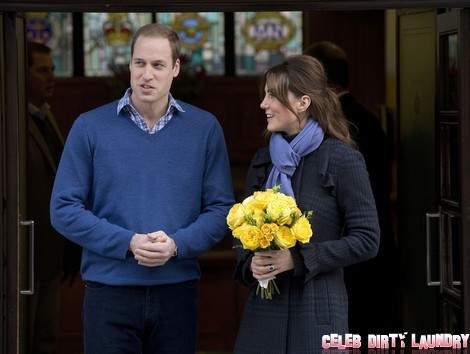 Kate Middleton and Prince William are forging new trails for future royals. The newly pregnant couple is all about breaking tradition—be it living together before marriage, inviting family friends (not just diplomats) to their wedding, and putting off a royal baby. Even William’s choice of bride is unheard of: she has no royal blood. Well in what may be the most drastic decision so far, William has ditched his family’s century-old Christmas plans to stay with Kate’s family on Berkshire, just west of London.

“It’s a huge deal that they didn’t join the royal family for Christmas,” an insider reported to Life & Style, print edition January 14, 2013. “It’s a clear statement from William that he puts Kate first in his life.” The move wasn’t just about doing what Kate preferred, it was about her health. “William wanted Kate to be able to relax, eat, watch TV, and hang out with her family having the traditional Middleton Christmas,” instead of the stiff royal one hosted by Grandma Queen Elizabeth II at Sandringham.

In the ongoing battle between old and new royalty, we’d expect quite a bit of friction over Wills’ decision, but a source explained that while “the queen wasn’t happy about it,” she grudgingly “gave her approval” after recognizing that Wills’ mind was made up. Wills is starring as model husband while Kate navigates the early stages of her first pregnancy. “William wants to give Kate a lot of support,” the insider said. The man has his priorities straight. The royal spy reckons he’ll “never put his royal duties before his wife . . . William is devoted to Kate and is a force to be reckoned with.” Do you think it’s appropriate for the royal couple to do as they please for the holidays, or is there a royal duty to stay in line?