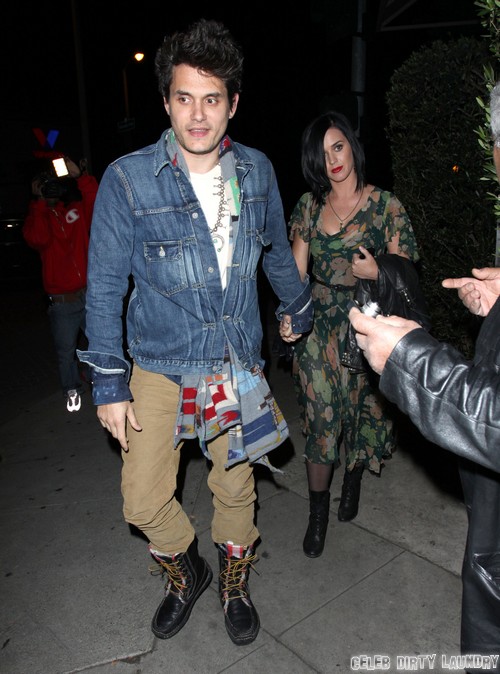 Will John Mayer propose to Katy Perry by Christmas? According to a new report from Life & Style, sources close to John and Katy claim that the couple is ready to walk down the aisle after a tumultuous few years of dating.

A source explains, “John has been asking Katy’s friends tons of questions, like what kind of engagement ring she would want and what the best way to propose would be. They’ve been so serious about each other ever since they got back together [in June].”

The source adds that John is gearing up for a holiday surprise, explaining, “John wants to do something special, probably around the holidays. There are a lot of options on the table. Nothing is ruled out. It could happen on a romantic getaway or during a family dinner.”

John’s never been married before, but Katy just recently divorced Russell Brand before getting together with John. So would she be willing to jump into another marriage so soon? Her recent comments about John seem to suggest that she’s willing to think about a long-term future with him even after Russell Brand supposedly broke her heart.

I have a feeling that even if John and Katy end up getting engaged, they will either not go through with it or end up breaking up again. Their relationship seems to consist of a few months of being in an intense relationship, followed by a cooling off period and then breaking up – and then getting back together a few months later. That’s been the pattern for the last few years, and I don’t really see that changing.

What do you guys think? Will John propose to Katy by December? And will she say yes? And if they do get engaged, will they last? Let us know your thoughts in the comments.