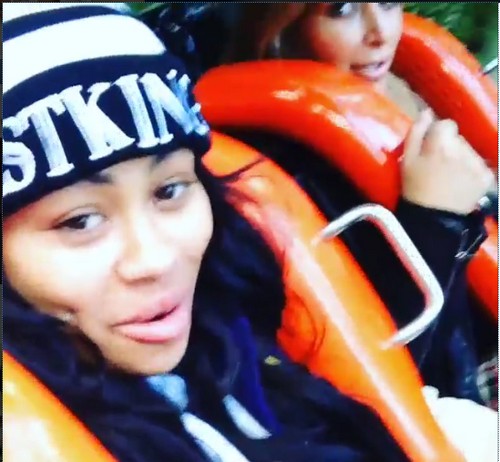 I remember when I was a kid I always looked forward to weekend outings with my family. As a former army brat, we didn’t have a lot of money, so it was a real treat when my dad decided to take us out to the mall or the local Chuck E. Cheese’s.

But if you’re a Kardashian with the Titanic’s load of money, you do the next logical thing. You rent out Magic Mountain. THE ENTIRE PARK!!! You know you’ve got to keep the peasants away from the gentry when shooting episodes of KUWTK!

On Tuesday, the entire Kardashian clan rented out the place as a b-day present to Kendall Jenner. She’ll be 18 and we all know what that means! SEX TAPE!! 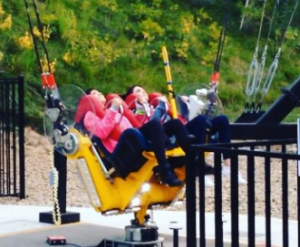 Poor Bruce Jenner could only watch helplessly from the sidelines as his wee baby daughters were catapulted hundreds of feet into the air on a sling shot ride. He did his best to pretend he was a functional member of the group; he caught it all on camera hoping desperately no doubt, that they would be flung far away from Kris Jenner’s clutches of doom. You’ve got to feel for the guy. He’s been reduced to camera fodder. They only bring him out when they need scene filler or to prove to everyone he’s not being mummified in some underground tomb or something.

Of course, it was all caught on cameras by the reliable toadies at E! Poor Bruce could be heard on camera encouraging them not to wet their pants. Brandon and Brody Jenner were there to provide backup in case Kylie Jenner and Kendall were thrown somewhere respectable.

Good ole Kim Kardashian provided us with the footage on Keek, (of course Kim’s new BFF Blac Chyna was tagging along) and all in the fruitless attempt to soothe us poor folks who were shocked senseless when she tried to blot out the sun with her Instagram booty pic. I don’t think it’s working, Kim…I’m still having flashbacks! I think this would make a good lesson on Sesame Street. Today’s lesson: We’re Normal! Can you say that? N-O-R-M-A-L!