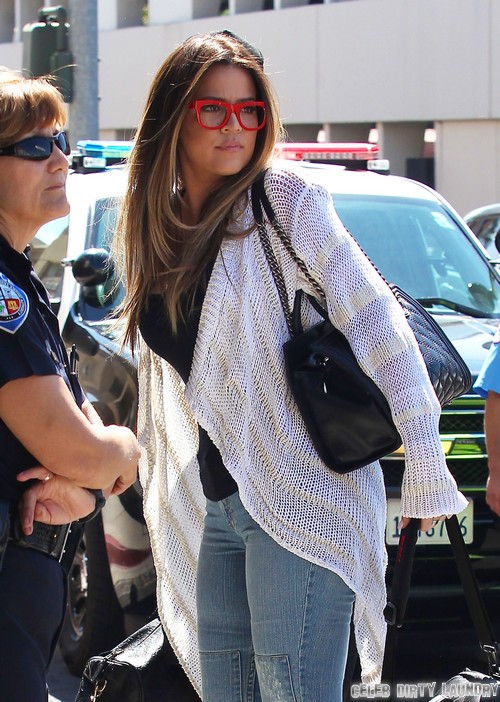 Has Khloe Kardashian finally had enough of her lying, cheating husband? Well according to a very well placed source, Khloe did indeed file for divorce from Lamar Odom August 12 in Los Angeles. The couple has been married for nearly four years and as we all already know, it has been a very bumpy ride. Khloe has desperately wanted to have a baby which led to the couple’s struggle with infertility as Khloe watched both Kim and Kourtney Kardashian have babies instead.

The stress is rumored to have pushed Lamar away and we have watched him quite publicly stray from his wife since late last year. He has not hidden his love of strippers, late night parties and never gave up his bachelor pad either. In the last month, not one but two popcorn ho’s have come forward to say that they have had an affair with Lamar.

The second chick, Polina Polonsky is an attorney who passed a lie detector test and it is her that likely prompted Khloe to finally put an end to her own misery. Polina is not a stripper or a groupie, but an LA attorney which makes her words perhaps a little more credible.

According to MTO, (yeah, I know, but this one is totally believable) the official announcement about the end of Khloe’s marriage will likely be coming in a day or two, just in time for the rash of celeb weekly mags to hit the news stand and grocery stores! Is Khloe smart to finally pull the plug on her marriage? It’s clear that Lamar has emotionally moved on and has had no interest in saving the marriage anyway, don’t you think? Tell us your thoughts in the comments below!