Khloe Kardashian and Lamar Odom Back Together – Spotted at Kanye West Concert! 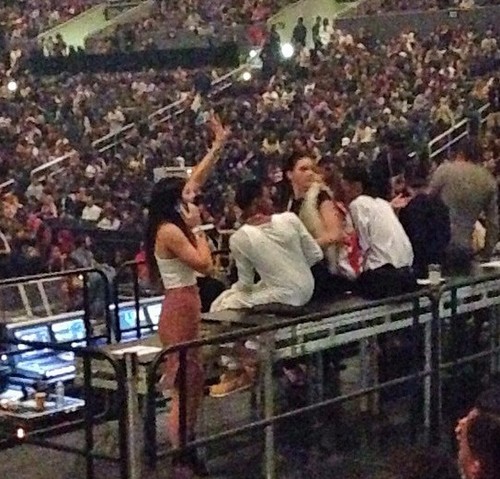 Everyone knows that if Khloe Kardashian could have her dream come true, she would have her husband Lamar Odom back by her side.  No matter what Lamar has done, Khloe wants him back. This morning it looks like Khloe might be getting her wish.  The two attended the sold-out Kanye West concert in Downtown L.A. Monday night.

Now we don’t know if they were actually together, but we do know they both attended the concert.  Khloe tweeted, “Yeezus.” with the photo below to her twitter account so she attended the concert.  Lamar was spotted coming into the Staples Center.  Not only were Khloe and Lamar at the concert but the rest of the Kardashian Klan including Bruce, Kylie, Kendall and Kris were there to support Kanye (Bruce is under contract or you know he would never attend a Kanye West concert).  Several people in the audience reported that they saw Lamar with the Kardashian Klan and everyone appeared to be having a good time.

Does this mean that Khloe and Lamar are finally getting closer to reconciling.  Lamar met with the Lakers two weeks ago looking healthier than he had in a long time.   Reportedly the meeting went very well and we could see Lamar as a Laker soon.   Lamar who has allegedly been doing drugs all summer is said to have dropped a lot of people from his life who were a bad influence.  Lamar is trying to get his life back on track and he desperately wants to repair his relationship with Khloe.

What do you think CDLers are Khloe and Lamar headed back together?  Should she give him another chance?  Hit the comments and let us know your thoughts!

UPDATE! TMZ confirms Khloe and Lamar were together – but not reconciled yet: 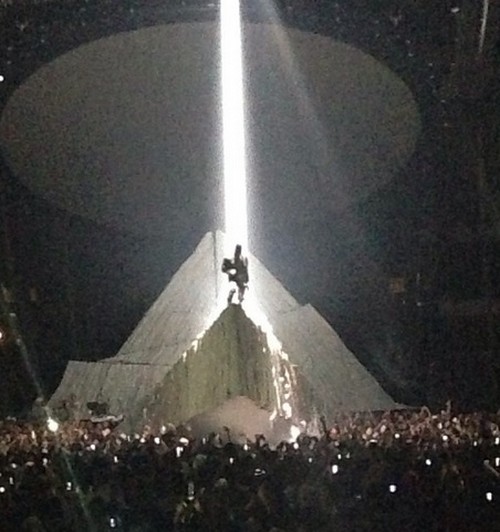