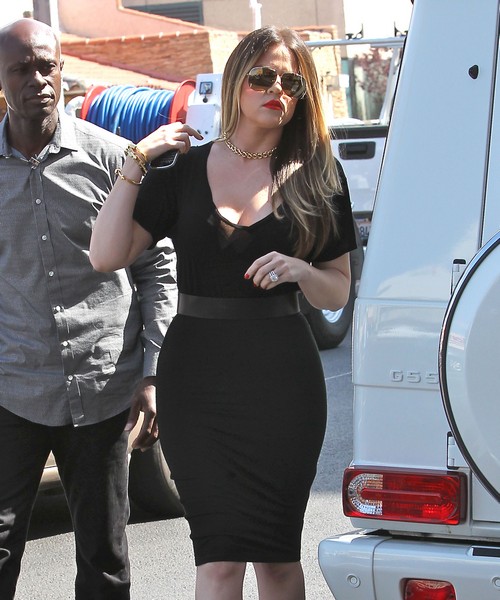 Lamar Odom may have showed up on Khloe Kardashian’s doorstep on Tuesday intending to talk her into believing that he was sober for three days and ready to clean up his act, but by the time she kicked him to the curb it was clear that she is done with his lies. Lamar told her that he is ready to kick his nasty little drug habit all on his own, without the help of rehab but that’s not exactly going to fly with Khloe.

According to TMZ she insisted that the relationship is finished until he gets inpatient help and somewhere in that visit Lamar probably put the final nail in the coffin that was once his marriage. Khloe actually found a crackpipe and his stash on him. Lamar freaked out on his wife for stealing his stuff which makes it pretty obvious that he is most certainly not clean or sober, right?

This time around when Khloe bounced him out she made it really clear that this was it, the final breaking point in their marriage. Do you think this incident will give her the incentive to file for divorce, finally? I mean, it’s just one more lie on top of a million others. There has to come a point when she pulls the plug. Eventually something is going to happen that just makes her know that they are finished for good. You often hit that final breaking point in a relationship when you least expect it. Do you think that this chat was it for Khloe and Lamar? Tell us your thoughts in the comments below!