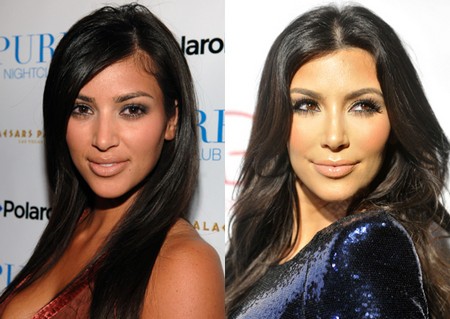 Kim Kardashian has never been discrete about her sex life. The newly pregnant reality TV star came to fame after a sex tape was released by her mom Kris Jenner, showing her and then boyfriend Ray J. Since then, Kim has appeared in all manner of swimwear, sexy lingerie, and even did a Playboy cover. Her current boyfriend and baby daddy Kanye West infamously tweeted, “I just f*cked Kim so hard.” So it doesn’t come as much of a surprise that the sexually promiscuous celeb has faced her share of STD and HIV/AIDS panic.

In his book Death of the Cheating Man: What Every Woman Must Know About Men Who Stray, Ray J describes their sex life, claiming Kim was “down to do whatever, whenever . . . we were like animals; sexually free to try anything, and we did. It wasn’t long before our non stop sexual activities made me want more, but not just with her.” Ray J started several illicit affairs, and after finding out, Kim “was worried sick about getting an STD, or worse, HIV,” a source reported to National Enquirer, print edition January 14, 2013.

In fact, her panic was such that she has since become an advocate for AIDS awareness, sharing on her website last month, “Today is Worlds Aids Day. We can all make a difference today and help educate people around the world and strive for an AIDS-free generation.” So what to make of all this? I think it’s great that Kim was mature about her sex life and got tested. She can sleep around as much as she likes, so long as she doesn’t mind the personal damage it does in her relationships. So long as she and her partners are tested and use condoms, I see no long term harm! But maybe now that she’s pregnant she’ll save herself the trouble of all the tests and seek monogamy with Kanye. But can he keep it in his pants?