Kim Kardashian and Kanye West Are Getting Married in Hawaii – Unofficially! 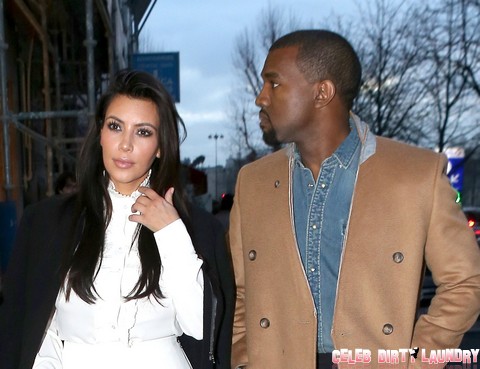 Kim Kardashian and Kanye West are getting married in Hawaii! Break out the champers, grab your drunken aunt, and dance to the sunny tunes of A-Ha. She can’t “officially” be married to Kanye, as she’s not yet divorced from Kris Humphries, but they can have a ring ceremony and pledge their undying love to one another! And that is just what they’re going to do.

According to The Sun, “They are going ahead with their own commitment ceremony, where they will exchange vows and rings in front of close family and friends.” And Kris Jenner just had an idea to make money out of it! Kim K will change her last name to Kardashian-West once the two get officially married and she’s not murdered by Humphries. She’s pregnant, she’s stressed, she’s hormonal, and she’s cray-cray – it’s the perfect time to be impulsive and irrational! Side note: If you haven’t been counting – we have – this will be Kim K’s third marriage. She was married to music producer Damon Thomas in 2000, and then, obviously, Humphries was the most recent one.

The ceremony will be at a “private beach mansion in Malibu” – the perfect place to indulge in vanity, money, and egotistical meatballs with cherries on top. A source reveals, “Kanye is very traditional. He’d have liked to marry Kim now they are having a baby. But with Kim still married to someone else, there is not much he can do. It won’t be official like a wedding because Kanye wants that to be extra special when the time comes.”

He could have fooled us.

The source concludes, “But they will exchange rings – they just won’t wear them on their wedding fingers. One of Kim’s friends is lending them his [multimillion-dollar] beach mansion and the entire bash will take place there. It’ll be a lot more low-key than a wedding.”

And just like that, Kris Jenner walked into a cubicle at the local mall and cried until her eyes bled.