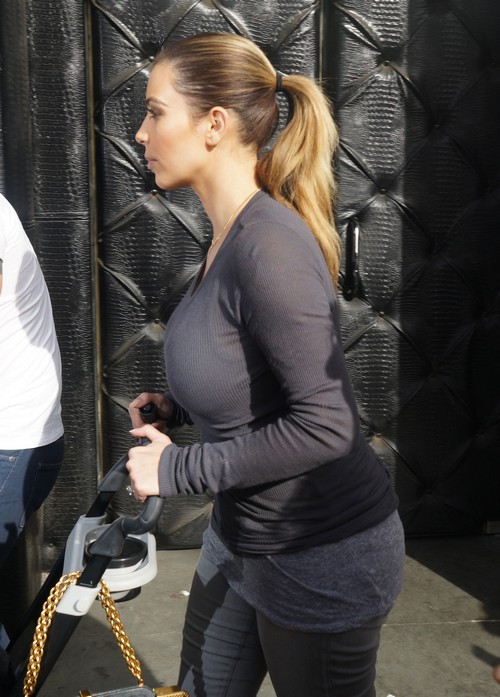 It used to be, five years ago Kim Kardashian wouldn’t dare respond when celebrities dissed her or her reality show. But she’s since gotten a big case of ego after her celebrity’s increased and she got together with Kanye West. She thinks she’s some sort of legitimate star now, which is one of the most ridiculous assumptions in a long list of assumptions she’s made about her place in Hollywood.

Anyway, when Katy Perry – an actual celebrity with talent and hard-earned fame – dissed Kim’s Bound 2 music video, Kim was reportedly seething with anger. Oh, there’s no doubt Katy will hear about this, whether through Kim passive-aggressively commenting or saying something through Kanye. There’s no target too high for Kim – she’s already hit back at Katie Couric for insulting her, and even if she doesn’t do or say anything, she’ll send Kanye out to do her bidding. No doubt, Kanye will come up with some ridiculous rap, rant, or song insulting Katy and John Mayer. But really, why would Katy or John care?

Kanye and Kim are slowly becoming the laughingstocks of the music industry, even if Kanye is actually talented and still has clout. His association with Kim isn’t helping matters, and that atrocity of a music video made it clear that Kim was starting to affect his judgment on quality. If he thought the Bound 2 music video was good, I shudder to think that we’ll be subjected to in the future.

What do you guys think? Will Kim make a public statement to Katy, or will she wait? Let us know your thoughts in the comments.