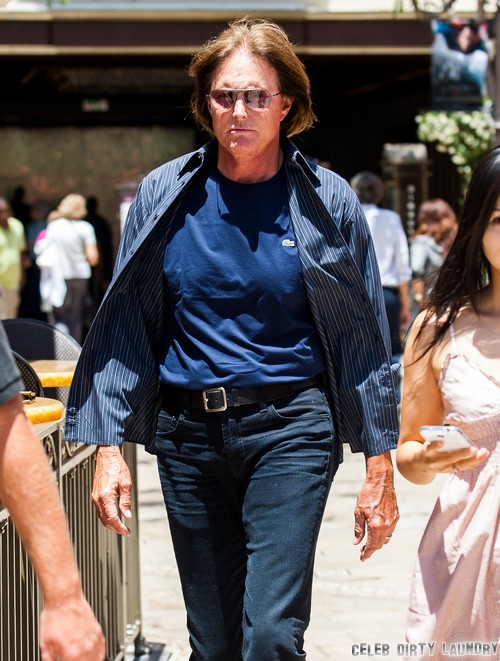 Kris and Bruce Jenner’s marriage was in absolute shambles even before Kim Kardashian and Kanye West moved into the compound with their new baby, but it has gotten a whole lot worse in a few short weeks. Kris has turned all of her attention towards getting Kim through new motherhood and caring for Nori. According to the July 15th print edition of Star Magazine by the time that Kris gets to Bruce she has already had a few glasses of wine and is a screeching nutbag.

It got so bad that Bruce finally decided that rather than spend part of his time at his man cave he’d prefer to just live there permanently. Ironically enough, Kanye had a real problem with Bruce not sticking up for himself. Kanye can’t stand Kris himself and it makes him sick to watch the way that she treats Bruce. Kanye believes that Bruce’s peacemaker approach is simply not working at all and it’s time to grow a set before even talking to Kris.

Who can blame Bruce for high tailing it out of there? Can you imagine being stuck with a crying newborn, Kim bitching non-stop about how fat she is, two deceptive teenagers and a control freak that usually has a glass in her hand?  If I were him I’d have a man cave too and I’d never want to visit the Kardashian compound!

Bruce has left before, but he has never had an alternate home until now. Do you think this is the end of his marriage to Kris?  Will he finally pull the plug and escape all of the drama that comes with being in this family? Tell us your thoughts in the comments below.